It was recently published by Department of Industrial Policy and Promotion, Ministry of Commerce and Industry. 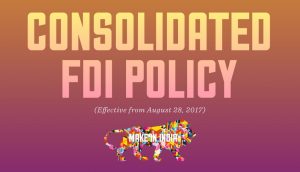 We are covering some major pointers:

The annuity/accumulated saving will be repatriable (i.e. can be taken back abroad).

Termas are a part of tantric literature. They are a slow-growing species of coral which often act as foundations for reefs.

This means that the polyps, which are the basic living unit of corals, are highly associated to one another. Barani was a Muslim political thinker of the Delhi Sultanate located in present-day North India during Muhammad bin Tughlaq and Firuz Shah’s reign. IDRA was enacted in pursuance of the Industrial Policy Resolution, 1948.

The Act was formulated for the purpose of development and regulation of industries in India by the Central Government. The Act establishes a ‘Central Advisory Council’ for the purpose of advising the Central Government on matters concerning the development of the industries.

The Act is administered by the Ministry of Commerce through its Department of Industrial Policy & Promotion (DIPP).

The IDRA empowers the Central Government to regulate the development of industries by means of licensing with suitable exemptions as decided by the Government.

The main objectives of the Act is to empower the Government: –

The Act applies to the ‘Scheduled Industries’ listed in the First Schedule of the Act. However, small scale industrial undertakings and ancillary units are exempted from the provisions of this Act.

Source: Labour welfare was covered by UPSC in Prelims 2017 – This is a related question http://www.business-standard.com/article/government-press-release/amendment-in-the-first-schedule-of-industries-development-and-regulation-act-115090900731_1.html