Rajasthan law: No probe against judges, officers without sanction

Rajasthan government has passed an ordinance which seeks to protect both serving and former judges, magistrates and public servants in Rajasthan from being investigated for on-duty action without its prior sanction. The Criminal Laws (Rajasthan Amendment) Ordinance, 2017 has been promulgated in this regard. Highlights of the ordinance:

India, Brazil and South Africa have signed the IBSA Trust Fund Agreement that seeks to fight poverty in developing countries. The agreement was signed at the 8th IBSA trilateral Ministerial Commission Meeting in Durban. 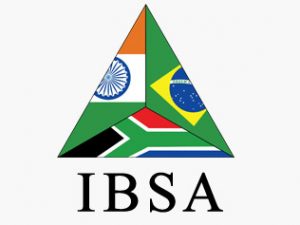 The IBSA Trust Fund brings together the three emerging economies of India, Brazil and South Africa to combat poverty in other developing countries. Each country contributes USD 1 million annually to this fund which is managed by the UN Development Programmes (UNDP) Special Unit for South-South Cooperation.

Established in June 2003, IBSA is a coordinating mechanism amongst three emerging countries, three multi ethnic and multicultural democracies, which are determined to:

India and Russia have begun their first mega tri-services war game- Indra involving their armies, navies and air forces with an aim to boost their operational coordination. The Indian contingent includes nearly 450 personnel while the Russian side is being represented by around 1,000 troops in the 10-day exercise Indra. Significance of the exercise:

The Union ministry of electronics and information technology has set up an internal committee to advise the government on a policy on artificial intelligence (AI). The expert committee will advise the IT ministry on the most apt technologies for India.

The artificial intelligence market is estimated to touch $153 billion in 2020 and expected to grow at a compounded annual growth rate of 45.4% from 2016 to 2022. However, AI is widely seen as a major challenge in generation of employment as many companies are likely to depend more on it to cut down on human resources.

The government has recently drawn up a seven-point strategy that would form the framework for India’s strategic plan to use AI.

NASA has authorized a second extension of the Dawn mission at Ceres, the largest object in the asteroid belt between Mars and Jupiter. During this extension, the spacecraft will descend to lower altitudes than ever before at the dwarf planet, which it has been orbiting since March 2015. The spacecraft will continue at Ceres for the remainder of its science investigation and will remain in a stable orbit indefinitely after its hydrazine fuel runs out. 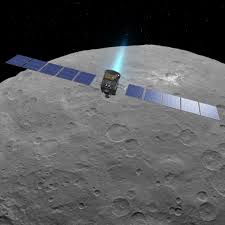 NASA’s Dawn mission will study the asteroid Vesta and dwarf planet Ceres, celestial bodies believed to have accreted early in the history of the solar system. The mission will characterize the early solar system and the processes that dominated its formation.

Dawn is the only mission ever to orbit two extraterrestrial targets. It orbited giant asteroid Vesta for 14 months from 2011 to 2012, then continued on to Ceres, where it has been in orbit since March 2015.