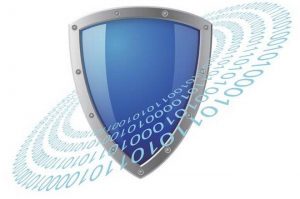 The authorities suspend mobile internet and broadband services whenever there have been violence, widespread protests because of social media posts or otherwise.

Authorities justified the course of action as it was issued to prevent any disturbance of peace and public order.

If the government wishes to keep law and order, then it may find other, less drastic ways such as increasing security or even winning the trust of the people and addressing their grievances.

India shut off the internet in an attempt to maintain order.

Why does internet shutdown become a major cause of concern?

In the 21st century, the Internet has assumed an increasingly important place in our lives.

But the growing importance of the Internet in personal life, as well as its growing use to challenge governmental authority, has led to a backlash, where governments attempted to control the Internet in case of any law and order issue.

The increasing number of government mandated shutdown of Internet access have with serious consequences both for civil rights, and for business.

What is the legal basis of Internet shutdowns in India?

A few years ago, the High Court of Gujarat invoked Section 144 of the Code of Criminal Procedure (CrPC) to uphold an Internet shutdown.

Section 144 has its roots in the colonial-era British police-state and it (Section 144) is primarily used to secure an area from damage or harm in the case of a potential or actual law and order disturbance, to ban protests or other forms of political action in places such as central Delhi.

In an attempt to adjudicate a fair constitutional balance between the fundamental rights of individuals on the one hand and the interests of the state in maintaining law and order on the other, the Supreme Court has often insisted that the state’s action must be proportionate: that is, there ought to be no greater invasion of the individual’s right than what is strictly necessary to achieve the state’s goal.

India responds to internet shutdown criticism by codifying rules to make it legal. The communication ministry has issued new rules that allow the government to temporarily shut down phone and internet services during a “public emergency” or for “public safety”.

In exercise of the powers conferred by section 7 of the Indian Telegraph Act, 1885 (the Central Government hereby makes the following rules to regulate the temporary suspension of telecom services due to public emergency or public safety.

Why is there criticism against newly framed Rules?

The new rules were meant to bring transparency and clarity to the procedure through which Internet services were suspended.

The concentration of more power in the hands of the government will only further disempower the individual against the state, and achieve a temporary illusion of security at the cost of a permanent loss of freedom.