In an attempt to improve the life of the extremely poor people of India, the government has drafted a Rs 1.2 lakh crore plan to provide universal social security coverage for the poorest people of the country. This broader programme envisages three categories — the poorest 20%, who will get a government payout; those who subscribe on their own and formal sector workers who will need to set aside a fixed proportion of income toward the scheme.

The scheme will have two tiers. The first of these comprises mandatory pension, insurance (both death and disability) and maternity coverage and the second, optional medical, sickness and unemployment coverage.

Funds collected under the universal social security scheme will be divided into sub-schemes and be ringfenced, meaning the benefits and the contribution will be commensurate.

India’s total workforce currently stands at 450 million. Though the statistics make it sound that a large fraction of the Indian population is employed, it is rather saddening that only a little over 10% are in the organised sector and get to enjoy the basic social security.

In fact, among the 10 million people who add on to the workforce every year, most of them don’t receive the minimum wage and lack any kind of social security coverage, the reason being that most them belong to the unorganised sector.

While funding the scheme will be a challenge for the government, which has pledged to stick to the deficit target, it is seen as one that will gain broad popular support. The new policy will be part of the social security code, one of four codes that the labour ministry is finalising and will subsume 17 existing items of legislation governing social security coverage in the country.

Ministry of labour and employment is considering to formulate a national policy for domestic workers under which part-time, full-time and live-in workers, employers, private placement agencies will be clearly defined. The policy aims to promote right to fair terms of employment relating to minimum wages, protection from abuse/harassment and violence, access to social security benefits such as health insurance, maternity benefits and old age pensions as provided by existing and upcoming schemes of central and state government, which may include contribution from employer/workers.

An institutional mechanism will be set up to provide for social security cover, fair terms of employment, grievance redressal and dispute resolution for domestic workers. Besides, the policy will seek to regulate recruitment and placement agencies to avoid any harassment.

Placement agencies charge a certain proportion of domestic workers’ salary every month, over and above one-time fees they charge from the employer for providing such help. The new policy, though, is likely to make it mandatory for placement agencies to charge a one-time 15-day salary from domestic workers and in turn provide them with social security cover, including medical and health insurance.

The National Investment and Infrastructure Fund (NIIF) of India has signed an investment agreement worth $1 billion with a wholly owned unit of the Abu Dhabi Investment Authority (ADIA).

NIIF was set up in 2015 as an investment vehicle for funding commercially viable greenfield, brownfield and stalled projects in the infrastructure sector.

World Food Day is celebrated on October 16 every year to raise awareness on the issues of poverty and hunger. World Food Day was established by Food and Agriculture Organization of the United Nations (FAO) in November 1979 and since then the day is celebrated worldwide by many organisations that are concerned with food security.

Theme: “Change the future of migration. Invest in food security.”

Significance of this event:

The Food and Agriculture Organization of the United Nations is a specialised agency of the United Nations that leads international efforts to defeat hunger. Serving both developed and developing countries, FAO acts as a neutral forum where all nations meet as equals to negotiate agreements and debate policy.

FAO is also a source of knowledge and information, and helps developing countries in transition modernize and improve agriculture, forestry and fisheries practices, ensuring good nutrition and food security for all. In a bid to develop India’s horticulture sector and help states identify suitable areas and crop types, the agriculture ministry is already working on a project which uses satellites and remote sensing technology. The project is known as CHAMAN.

CHAMAN, or Coordinated Horticulture Assessment and Management using geoinformatics, is being implemented by the Delhi-based Mahalanobis National Crop Forecast Centre and is likely to be completed by March.

Driven by consumer demand, farmers across India have rapidly adopted horticulture crops which ensure a quicker cash flow and can be grown in very small plots. In 2016-17, production of horticulture crops like fruits, vegetables and spices touched a record high of 300 million tonnes, outstripping production of foodgrains for the fifth year in a row. Currently, India is the second largest producer of fruits and vegetables in the world, and a top producer of crops like banana, mango and lemons. 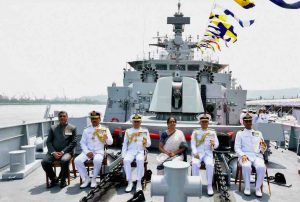 The Graded Response Action Plan, Delhi-NCR’s answer to combat air pollution that assumes apocalyptic proportions during this time of the year, will come into force for the first time from October 17th. 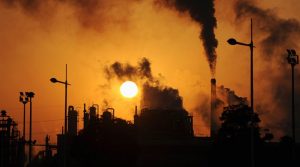 How it will be implemented?

The Central Pollution Control Board (CPCB) will monitor air quality from various stations located across Delhi-NCR. Daily reports will be sent to the Environment Pollution Control Authority (EPCA), the implementing authority of the plan, which will take a decision on the future course of action.

As per a Supreme Court order, the Graded Response Action Plan for the NCR involves stringent measures against burning of waste, industrial pollution and transport sector emissions. Notified by the Union Ministry of Environment and Forest in January.

The Centre is putting in measures to facilitate free movement of Indian and Myanmarese citizens within 16 km along the Myanmar border. In this regard, the Home Ministry recently held consultations with four States — Mizoram, Nagaland, Manipur and Arunachal Pradesh — on the Free Movement Regime (FMR). In June, the Ministry had constituted a committee to examine various methods to curb the misuse of free movement along the Myanmar border, a friendly country, with which it shares unfenced borders and unhindered movement of people across the border.