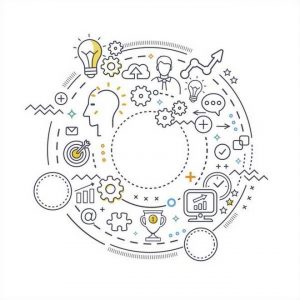 Expectations from India’s manufacturing sector are high. These include, among other objectives, job creation, exports and a force that will drive future economic growth.

In India’s highly segmented labour market, there are at least three demographic groups that are in urgent need of jobs: a growing number of better educated youth; uneducated agricultural workers who wish to leave agricultural distress behind; and young women, who too are better educated than ever before.

India is indeed the fastest growing large economy in the world. Growth should be inclusive and sustainable. One of the crucial determinant of the same is it should be employment intensive. There has been a low job growth due to several factors such as low investment, capacity utilization in industry, agriculture growth and low plant load factor.

Although growth is relatively high it is the pattern of growth that is an area of concern. One of the concerns is that manufacturing sector has not been the leading sector driving growth. Manufacturing should drive productivity in the whole economy. Services cannot, as services by definition ‘service’ the distribution of produced goods.

Growth generates employment and employment generates further growth. In general, employment corresponds to the qualitative aspect of growth. If a country is on the growth trajectory, it will generate more employment opportunities and while the growth declines, people start losing jobs.

Jobless growth is an economic phenomenon in which a macro economy experiences growth while maintaining or decreasing its level of employment.

The aim should be at growth that is driven both by improvements in productivity and modernizations of its labour force — especially since better jobs are crucial to improving the lives of millions.

What are the main factors of India’s jobless growth?

The transition peasants into factory workers requires basic training, which is not keeping in pace with job needs. Moreover the main contributor in India’s GDP is service sector which is not labour intensive and thus adds to jobless growth.

The other factor is related to small and medium enterprises (SMEs). Their labour intensity is four times higher than that of large firms. SMEs, which employ 40 per cent of the workforce of the country and which represent about 45 per cent of India’s manufacturing output and 40 per cent of India’s total exports, are in a better position to create jobs. But it is not able to do so because of poor infrastructure, lack of skilled labour and also they don’t have easy access to loans.

What can policy-makers do to revive job growth?

There are a number of labour intensive manufacturing sectors in India such as food processing, leather and footwear, wood manufacturers and furniture, textiles and apparel and garments.

There should be cluster development to support job creation in micro, small and medium enterprises (MSMEs).

The Ministry of Urban Development has a programme called AMRUT (Atal Mission for Rejuvenation and Urban Transformation) aimed at improving infrastructure for small towns. Infrastructure investment by the government creates many jobs.

Girls are losing out in jobs, or those with increasing education can’t find them, despite having gotten higher levels of education.

This can create many government jobs.

Next important area should be Revitalising schools.

The same applies to the police and the judiciary.

Government schemes rarely create many jobs. International evidence is that when consumer demand grows consistently, whether from domestic or international markets, that is when jobs grow. That requires an industrial policy. Ease of doing business improvement and infrastructure investment increases should improve the economic environment. But most importantly India needs a robust industrial policy.

And also it is crucial to align policy across sectors and upgrade the country’s social infrastructure.