A seed village is one wherein trained group of fanners are involved in production ‘of seeds of various crops and cater to the needs of themselves, fellow fanners of the village and fanners of neighbouring villages in appropriate time and at affordable cost is called “a seed village”. This allows seed to be available at the door steps of farms at an appropriate time and at an affordable cost. It also facilitates fast spread of new cultivars of different kinds.

The policy seeks to encourage investment in research and development to ensure availability of high yielding varieties of seeds.

It was set up by linking all seeds producing agencies the national and particularly to ensure that seeds are available on demand by States or farmers. The Grid would provide district wise information regarding the requirement, production and distribution of seeds through a computerized network.

CPGRAMS is an integrated application across all the ministries and departments of GoI and a standardized web based solution. 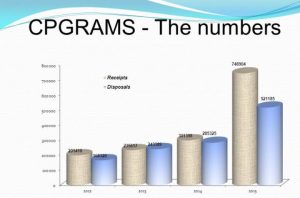 This provides online access to all citizens, including those in Armed Forces personnel, to report their grievances. The new system allows the Ministry to monitor the grievances and ensure their time-bound redressal.

Willingdon Islands is the largest artificial island in India and forms a part of the city of Kochi.

Members of this phylum are commonly known as the sac fungi. They are the largest phylum of Fungi.

The ascomycetes are a monophyletic group, i.e. it contains all descendants of one common ancestor. It is the primary law in India dealing with cybercrime and electronic commerce. It is based on the United Nations Model Law on Electronic Commerce 1996 (UNCITRAL Model) recommended by the General Assembly of United Nations

Source: In news due to Draft National Encryption Policy release

It is a not-for-profit company, a registered charity and a confederation of consumer groups fighting for consumer rights. The “doldrums” is a popular nautical term that refers to the belt around the Earth near the equator where sailing ships sometimes get stuck on windless waters. Due to intense solar heating near the equator, the warm, moist air is forced up into the atmosphere like a hot air balloon.

Because the air circulates in an upward direction, there is often little surface wind in the ITCZ. That is why sailors well know that the area can becalm sailing ships for weeks. And that’s why they call it the doldrums.