IceBridge is a 2009–2018 NASA mission that aims to monitor changes in polar ice from a fixed-wing aircraft.

It is a temporary replacement for the ICESat satellite until the ICESat-2 launch in 2018. 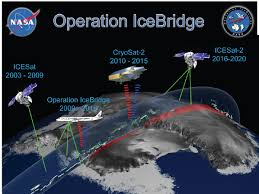 In international law, a condominium is a political territory in or over which multiple sovereign powers formally agree to share equal dominium or rights States can exercise their rights jointly, without dividing it into ‘national’ zones.

A major problem, and the reason so few of such territories have existed, is the difficulty of ensuring co-operation between the sovereign powers; once the understanding fails, the status is likely to become untenable.

The main mineral resource known on the continent is coal. The most valuable resources of Antarctica lie offshore, namely the oil and natural gas fields found in the Ross Sea. Exploitation of all mineral resources is banned until 2048 by the Protocol on Environmental Protection to the Antarctic Treaty.

It is a treaty-based, non-profit, intergovernmental, humanitarian cooperative of 43 nations and agencies dedicated to detecting and locating radio beacons activated by persons, aircraft or vessels in distress, and forwarding this alert information to authorities that can take action for rescue.

The system utilizes a network of satellites that provide coverage anywhere on Earth.

In order to have institutional support to marketing initiatives, TRIFED has formally signed an MOU with M/s Amazon Seller Services Pvt. Ltd for sale of tribal products through leading e-commerce giant www.amazon.in at a mutually agreed terms & conditions. 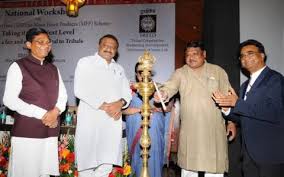 Ministry of Tribal Affairs, Government of India is the Nodal Ministry for implementation of the scheme which will announce Minimum Support Price (MSP) for the selected MFPs with the technical support from TRIFED.