The National Nutrition Week will be observed throughout the country from 1st to 7th September.

Objective: The basic objective of this annual event is to intensify awareness generation on the importance of nutrition for health which has an impact on development, productivity, economic growth and ultimately National development.

Nutrition is an issue of survival, health and development for current and succeeding generations. Child born underweight have impaired immune function and increased risk of diseases such as diabetes and heart diseases in their later life. Malnourished children tend to have lower IQ and impaired cognitive ability, thus affecting their school performance and then productivity in their later life. It has to be realized that the nutritional health and all age groups represent say National Economic Asset. Therefore, improving the nutritional status of the population is imperative for National Development.

Undernutrition in young children continues to be a major public health problem in India. The NFHS4 has not shown an encouraging improvement in the nutritional status, especially among women and children. As per NFHS-4 the level of underweight has decreased by 6.8% and is stunting by 9.6%. Level of anaemia has decreased by 11% as compared to NNHS-3 figures.

Malnutrition is not to be viewed merely as an offshoot of poverty having adverse effects on health and development of individuals but as a national problem that results in loss of productivity and economic backwardness. Time has come to create a moment so as to improve nutrition at the individual level. Thus, series of convergent and well coordinated actions in different sectors are required to be undertaken in the mission mode approach to address this big network problem of malnutrition.

BUSINESS & CLIMATE SUMMIT 2017 is being held in New Delhi. Federation of Indian Chambers of Commerce and Industry (FICCI) is organizing the third edition of BCS.

The Business & Climate Summit is the leading annual forum for businesses, investors and policymakers on climate action. It is where business and governments come together to agree on a roadmap for reaching net zero emissions over the next half century.

India and China, in a joint proposal to the World Trade Organization (WTO), have called for elimination of trade-distorting agricultural subsidies given by developed countries. The proposal counters the efforts of some WTO member countries that are targeting the subsidies given by the developing economies to their poor farmers while letting the developed rich nations retain their huge farm subsidies.

India and China have raised objections over developed countries, including the US, the EU and Canada, that have been consistently providing trade-distorting subsidies to their farmers at levels much higher than the ceiling applicable to developing countries. In WTO parlance, these subsidies are called as Aggregate Measurement of Support (AMS) or Amber Box support.

How are subsidies categorised?

Elimination of this support, “India and China believe, should be the starting point of reforms rather than seeking reduction of subsidies by developing countries.

Farm loan waivers a quick-fix, may have adverse impact 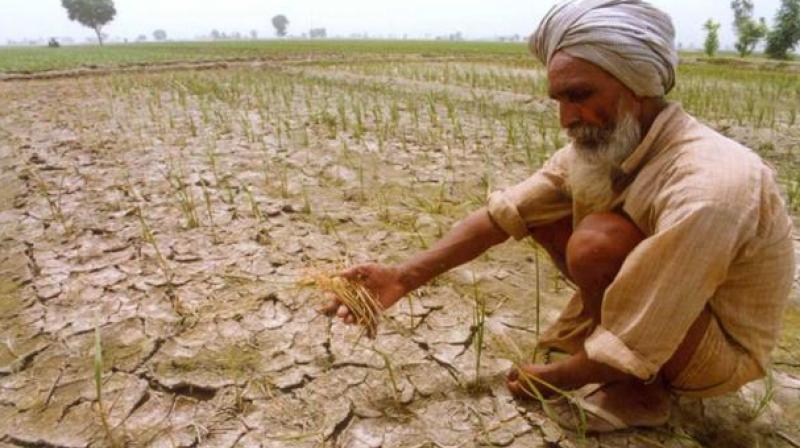 Terming farm loan waivers a “quick-fix”, the RBI has again voiced its concern, saying they will lead to a lasting adverse impact on farm productivity.

According to the Economic Survey 2016-17 (Volume 2), the burden of farm loan waivers could be as much as `2.2-2.7 lakh crore if all states start offering the relief and would stoke short-term deflationary shock in the economy. The survey estimates that loan waivers by all states could reduce aggregate demand by as much as 0.7% of GDP. This is because the states funding the loan waiver would have to prune spending and possibly raise taxes to improve revenue and stick to their fiscal deficit limits, although private demands tends to get a boost from the loan waivers. Even as the central government makes significant efforts toward fiscal consolidation, the higher debt burden of the states could push up general government debt.

In the absence of coordinated and sustained efforts to put in place elements of a virtuous cycle of uplift of farmers’ income, loan waivers have periodically emerged as a quick fix to ease their distress. Recently, states including Uttar Pradesh and Maharashtra have announced farm loan waivers adding up to Rs 1.3 trillion or 0.8% of GDP this fiscal.

The recurring farm distress is mainly because of “perennially low investment, archaic irrigation practises, monsoon dependence, fragmented land-holdings, low tech adoption, lack of property rights and low initial networth of farmers.” All these can potentially imprison farmers in a circle of indebtedness with a disturbing frequency.

FarmerZone: The future of agriculture

The Department of Biotechnology (DBT), under the Ministry of Science and Technology, had recently convened the Smart Agriculture Conclave in New Delhi, in partnership with the UK’s Biotechnology and Biological Sciences Research Council (BBSRC) and Research Councils UK (RCUK) India. The objective of this conclave was to set the stage for “FarmerZone”.

What you need to know about FarmerZone?

It is a collective open-source data platform for smart agriculture which will use biological research and data to improve the lives of small and marginal farmers.

Workshop on implementation of Emergency Action Plan for Dams held

India ranks third globally with 5254 large dams in operation and 447 large dams under construction. About 4% of these large dams (209) are over 100 years old and about 17% (876 dams) are more than 50 years old. Many of these dams are facing varying degrees of inadequacies in meeting the current standards of dam health and safety due to various reasons.

What’s being done in this regard?

The ongoing Dam Rehabilitation and Improvement Project (DRIP) under the Ministry of Water Resources, River Development and Ganga Rejuvenation is facilitating the rehabilitation of about 198 large dam projects in seven States, in addition to the institutional strengthening of the implementing agencies for sustainable dam safety initiatives.

DRIP is a project involving 9 implementing agencies (IAs) across seven states of India (Kerala, Madhya Pradesh, Orissa, Tamil Nadu, Karnataka, Uttarakhand, and Jharkhand) and targets rehabilitation of about 225 dam projects across the country.

Even though our dams are quite safe, in the rare event of a dam failure, extensive damage to property, environment and sometimes loss of life occurs. Managing the exigencies caused by a failure of a dam requires coordinated efforts of all national and States agencies. The preparation of Emergency Action Plan (EAP) for all DRIP dams is one of the important activities under DRIP. This document defines clear roles for all concern agencies as well as Standard Operating Protocols during various stage of exigencies, as well as contains all technical details about the flood waves moving downstream affecting the downstream habitation.