‘Rules for Manufacture, Use, Import, Export and Storage of Hazardous Microorganisms/Genetically Engineered Organisms or Cells 1989’, under the Environment Protection Act, 1986 define five competent authorities for such regulation.

Institutional Biosafety Committees (IBSCs): Its main function is to note, examine and approve proposals involving r-DNA work; to ensure adherence of r-DNA Safety Guidelines- 1990 of Government and inspection of containment facilities at R&D and production units.

Genetic Engineering Approval Committee (GEAC) is a common occurrence, and so will not be covered here. 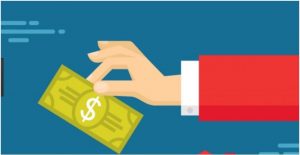 As per a regulation of Foreign Exchange Management (Transfer or issue of Security by a person resident outside India) Regulations, 2000: Ancient Monuments and Archaeological Sites and Remains Act – 2010 provides for the preservation of ancient and historical monuments, archaeological sites, and remains of national importance and also provides penalty against acts of human vandalism.

General cleaning of monuments, mud pack cleaning, removal of calcareous deposits and accretions, bio-cide treatment, consolidation and water repellent treatment, are some of the known ways of chemical treatment.

Other methods of cleaning: Mud Pack Cleaning is used for the cleaning of plain and decorated marble surface.

Once a capital of the Pallava dynasty, Kanchipuram was also a noted centre of learning for Tamil and Sanskrit scholars. Dinganaga, a Buddhist writer came to study at Kanchi.