India is midway into the Swachh Bharat Mission (SBM). Since its inception on October 2, 2014, the ministries of Urban Development and Drinking Water and Sanitation have been spearheading the programme, with implementation happening at the state level. The Swachh Bharat Mission was launched two years ago on the birth anniversary of Mahatma Gandhi. The mission was divided into two parts — urban and rural. 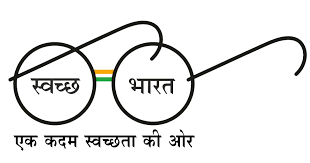 The SBM has witnessed several notable achievements in reducing open defecation thanks to the focus on behaviour change, need-based capacity building and constant measuring of outcomes.

Disposal of human waste: The programme does not target on fixing the existing missing links. For instance, safe disposal of human waste in urban India is worse than in rural India. Be it sewage treatment or management of faecal sludge from stand alone toilets, the required infrastructure either does not exist or if created, has seldom delivered.

Involvement of community: The policy and approach behind it ignores a fundamental pre-requisite to ensure sustainable results through Community Led Total Sanitation (CLTS). SBM seeks to simply adopt tools without bothering to provide an environment which enables CLTS to succeed. This conveys that toilets are being sought, not the collective behavior change essential to secure sanitation as a public good.

Continued usage: The real focus of the implementation is on showing toilets and the expenditure to be reported on toilet-based subsidies. As a result, usage on community scale becomes its immediate casualty.

Verification: The current verification system which seeks the uploading of toilet photos (for beneficiary payments to be reimbursed) reinforces this focus on toilets instead of behavior change. So the presence of toilets becomes the measurable proxy for sanitation, which the Centre uses to disburse funds and states find easiest to deliver.

Awareness: Most of the money is going towards latrine construction, and very little towards information, education, and communication (IEC), the headline for behaviour-change activities. The fraction of spending on IEC has actually fallen since the SBM started, from 3% of total expenditure in 2014-2015 to 1% in 2015-2016. This is troublesome given the reasons open defecation persists in rural India.

Implementation: Not only is the SBM viewed as the Centre’s programme, even the mantle for its implementation has been donned by the concerned central Ministry. It is setting its sights on district level achievement and engaging with district administrators directly. States end up feeling little responsibility for delivering outcomes and are accountable only for doing what the Centre asks them to.

The clear message from past experience (both in India and abroad) is to avoid toilet subsidies since they detract from behavior change. But in our subsidy imbued political economy, the legacy of toilet subsidies is not only seen as necessary but that which should be enhanced every few years. Explicit withdrawal of such a subsidy would immediately invite an anti-poor label for the government.

Achieving ODF status alone is not sufficient for the success of SBM. Attention to the complete sanitation cycle is required, where toilets not only need to be built and used but the waste generated also needs to be collected and treated properly. The India Sanitation Coalition advocates safe and sustainable sanitation including design, implementation and practice. This is evident in the tag line BUMT (Build, Use, Maintain and Treat) to complete the entire sanitation chain.

Sanitation, in a diverse country like India, encompasses a number of factors which are important determinants for the success of the mission. It has a direct relationship to caste, creed, religion and gender. A successful sanitation programme needs to address such factors, which makes achievement of safe sanitation a very complex exercise. Additionally, India has a large number of disabled people whose needs require customised solutions.

Achieving ODF is the collective responsibility of the entire nation, not just the government. We have now reached a stage where the need for BCC (Behaviour change communication) has been recognised. Turning a large and populous country like India around is not an easy task. However, in less than three years we see that India is already course correcting and with the momentum building, the pace of change going forward will be much faster.