In a landmark judgment, aimed at putting an end to misuse of section 498A of the IPC that is dowry-related offences, the Supreme Court has proposed a slew of measures. They aim to put an end to the automatic arrest of the husband and his family members. Special committees: Every complaint under Section 498A should henceforth will have to be referred to Family Welfare Committees – to be constituted at every district. No arrest shall be effected till report of such committee is received.

Enquiry: The committee would interact with the parties personally or by means of telephonic or electronic communication and give a report within a month to the authority which referred the complaint to it. There will be no routine impounding of passports or issuance of Red Corner Notice for NRI accused. Personal appearance of all family members and particularly outstation members may not be required. However, these directions will not apply to the offences involving tangible physical injuries.

Report: The report would be on “the factual aspects and its opinion” in the matter. Till report of the committee is received, no arrest should normally be effected. The report may be then considered by the investigating officer or the magistrate on its own merit.

Investigating officers: Complaints under Section 498A and other connected offences may be investigated only by a designated investigating officer of the area. Such designations should be made within one month. Such designated officers may be given training for not less than a week or as may be considered appropriate. The training has to be completed within four months.

Bail: If a bail application is filed with at least one clear day’s notice to the Public Prosecutor/complainant, it should be decided as far as possible on the same day.

What necessitated the court’s intervention?

The anti-dowry law was enacted with the laudable object of punishing cruelty at the hands of husband or his relatives – particularly when such cruelty drives the wife to suicide. However, complaints are mounting up over the years alleging misuse of the anti-dowry harassment law – framed in 1983 following a spate of dowry-related deaths – by disgruntled wives. The law is also being misused.

This is a shift from the dominant judicial conception of women as victims who would silently suffer injustice rather than bring disrepute to their family by taking domestic conflict outside the four walls of the home. Going by the popular portrait, it is only the worst victim of abuse among women who approach the court for redress. With its latest observations, the court broke away from the reigning perception to rule that in dowry cases, the account of the alleged victim need not be taken at face value.

Under Faster Adoption and Manufacturing of (Hybrid &) Electric Vehicles in India [FAME-India] Scheme of the Government, 25 Charging Stations have been installed at 6 different locations in Bengaluru by M/s. Mahindra REVA Electric Vehicles Pvt. Ltd, as a pilot project. The FAME-India (Faster Adoption and Manufacturing of (hybrid &) Electric vehicles in India) scheme is proposed to be implemented over a period of 6 years, till 2020, wherein it is intended to support the hybrid/electric vehicles market development and its manufacturing eco-system to achieve self-sustenance at the end of the stipulated period.

India’s National Bank for Agriculture and Rural Development (NABARD) has signed an Accreditation Master Agreement (AMA) with the Green Climate Fund. With the signing of the AMA, NABARD becomes the first Indian organisation to get Direct Access Entity status and is the first step for the body to access GCF resources. 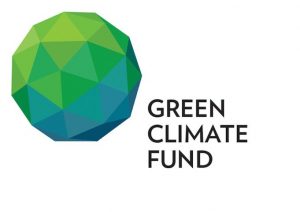 The GCF was set up in 2010 under the UNFCCC’s financial mechanism to channel funding from developed countries to developing countries to allow them to mitigate climate change and also adapt to disruptions arising from a changing climate. It was central to the Paris climate agreement signed in 2015, that the world’s largest historical emitter.

The Fund is governed and supervised by a Board that will have full responsibility for funding decisions and that receives the guidance of the COP. The Fund is accountable to, and functions under the guidance of, the COP.

About the BRICS Labour and Employment Ministerial Declaration:

The BRICS countries – Brazil, Russia, India, China and South Africa – are home to 42% of the world’s population. Their total share in the global economy has risen from 12% to 23% in the past decade, while contributing more than half of global growth.

“Sagar Vani”, a mobile app, was launched recently on the occasion of Foundation Day of Ministry of Earth Sciences. “India Quake” is a mobile app launched recently on the occasion of Foundation Day of Ministry of Earth Sciences.