Ten islands from Andaman and Nicobar and Lakshadweep have been identified by the government for improving maritime economy, preserving the eco-system and addressing security concerns. The decision was taken at the first meeting of the newly- constituted Islands Development Agency (IDA). 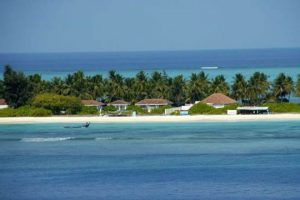 The IDA was set up on June 1 this year following Prime Minister Narendra Modi’s review meeting for the development of islands.

Admiralty (Jurisdiction and Settlement of Maritime Claims) Bill, 2017 ha been passed unanimously by the Rajya Sabha. The bill was earlier passed by the Lok Sabha in March, 2017.

Admiralty laws deal with cases of accidents in navigable waters or involve contracts related to commerce on such waters.  The Bill repeals laws such as the Admiralty Court Act, 1861, the Colonial Courts of Admiralty Act, 1890. What you need to know about the Admiralty (Jurisdiction and Settlement of Maritime Claims) Bill?

The Bill aims to establish a legal framework for consolidation of related laws to replace the age old archaic laws with modern Indian legislation and to confer admiralty jurisdiction on all High Courts of the coastal states of the country.

While determining maritime claims under the specified conditions, the courts may settle any outstanding accounts between parties with regard to the vessel. They may also direct that the vessel or a share of it be sold.  With regard to a sale, courts may determine the title to the proceeds of such sale.

Jurisdiction over a person:  Courts may exercise admiralty jurisdiction against a person with regard to maritime claims.  However, the courts will not entertain complaints against a person in certain cases.  These include: (i) damage, or loss of life, or personal injury arising out of collision between vessels that was caused in India, or (ii) non-compliance with the collision regulations of the Merchant Shipping Act, 1958 by a person who does not reside or carry out business in India.  Further, Courts will not entertain action against a person until any case against them with regard to the same incident in any court outside India has ended.

Arrest of vessel:  The courts may order for the arrest of any vessel within their jurisdiction for providing security against a maritime claim which is the subject of a proceeding.  They may do so under various reasons such as: (i) owner of the vessel is liable for the claim, (ii) the claim is based on mortgage of the vessel, and (iii) the claim relates to ownership of the vessel, etc.

Appeals:  Any judgments made by a single Judge of the High Court can be appealed against to a Division Bench of the High Court.  Further, the Supreme Court may, on application by any party, transfer an admiralty proceeding at any stage from one High Court to any other High Court.  The latter High Court will proceed with the matter from the stage where it stood at the time of the transfer.

India is a leading maritime nation and maritime transportation caters to about ninety-five percent of its merchandise trade volume. However, under the present statutory framework, the admiralty jurisdiction of Indian courts flow from laws enacted in the British era. Admiralty jurisdiction relates to powers of the High Courts in respect of claims associated with transport by sea and navigable waterways. The repealing of five admiralty statutes is in line with the Government’s commitment to do away with archaic laws which are hindering efficient governance. What you need to know about the She-Box?

This portal is an initiative to provide a platform to women working or visiting any office of Central Government (Central Ministries, Departments, Public Sector Undertakings, Autonomous Bodies and Institutions etc.) to file complaints related to sexual harassment at workplace under the SH Act. Those who had already filed a written complaint with the concerned Internal Complaint Committee (ICC) constituted under the SH Act are also eligible to file their complaint through this portal.

The Sexual Harassment of Women at Workplace (Prevention, Prohibition and Redressal) Act, 2013 seeks to protect women from sexual harassment at their place of work. This statute superseded the Vishakha Guidelines for prevention of sexual harassment introduced by the Supreme Court of India.

Under the Act, which also covers students in schools and colleges as well as patients in hospitals, employers and local authorities will have to set up grievance committees to investigate all complaints. Employers who fail to comply will be punished with a fine of up to 50,000 rupees.

The Banking Regulation (Amendment) Bill, 2017 to authorise the RBI to direct banking companies to resolve the problem of stressed assets has been introduced in the Lok Sabha by Finance Minister Arun Jaitley. 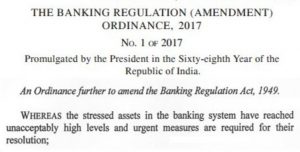 Rationale behind the introduction of this Bill:

Stressed assets in the banking system have reached unacceptably high levels and hence, urgent measures were required for their speedy resolution. Therefore, the government considered it necessary to make provisions in the Banking Regulation Act, 1949 for authorizing the Reserve Bank of India to issue directions to any banking company or banking companies to effectively use the provisions of the Insolvency and Bankruptcy Code, 2016 for timely resolution of stressed assets.

Bill to divert 2.5 per cent proceeds of CRF to national waterways introduced in Lok Sabha Parliament had last year enacted National Waterways (NWs) Act, 2016, for developing and maintaining the existing five NWs and 106 new NWs across the country. The Inland Waterways Authority of India (IWAI) has estimated that approximately Rs 25,000 crore would be required for development of identified projects on NWs till 2022-23.

What you need to know about Central Road Fund?

The Supreme Court is all set to revisit, if not modify, some key recommendations Justice R.M. Lodha Committee to usher in transparency in the Board of Control for Cricket in India (BCCI) and the cricket administration. 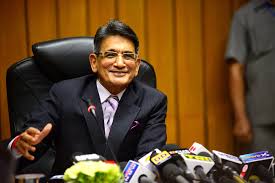 Following allegations of corruption, match fixing and betting scandals in cricket in the country, the Supreme Court of India appointed a three-panel member led by Justice R M Lodha in January 2015 to look into the functioning of BCCI and suggest reforms. The Lodha Committee, in January 2016, released its list of reforms which had some major contentious points. The reforms were contested by several BCCI post holders.

The possibility of one state, one vote became the biggest point of debate among several others; restriction on ministers and civil servants and those above 70 from becoming its members and cooling off period were some other major contentions. The recommendations focused mainly on BCCI administrative structures and not on its cricketing functions. Lodha panel also suggested the setting up of a players’ association in the country.

The Court has said that it would hear the BCCI, the State cricket associations and member bodies on issues such as “memberships, number of votes” in an effort to make the running of “cricket, the gentleman’s game” come as close to perfect as possible.

Meanwhile, the court has exhorted the BCCI and its members to implement the Lodha reforms as regards all issues other than the ones flagged for further debate in court.

Key recommendations accepted by the BCCI:

The government has launched a mobile app- Aarambh- for road maintenance. Government to go ahead with electoral bonds even if consensus eludes

The government is planning to go ahead with electoral bonds even if consensus eludes on the issue as political parties have not come up yet with any suggestion on the proposal. In a major move aimed at promoting transparency in political funding, Jaitley had in this year’s Budget speech announced capping of anonymous cash donations to political parties at Rs 2,000 and introduced the concept of electoral bonds. The government had also asked political parties to offer a better suggestion on the proposed electoral bond mechanism.

What you need to know about Electoral Bonds?

As per the electoral bond mechanism announced in the Budget, the proposed bonds will resemble a promissory note and not an interest-paying debt instrument. They will be sold by authorised banks and can be deposited in notified accounts of political parties within the duration of their validity.

The bonds will not carry the name of the donor and routing of the money through banks will ensure that only tax paid money comes into the political system.

The advantage of the electoral bond system over donations through cheques is that many donors expressed reluctance to use cheques because it becomes transparent and leads to political vendetta by rivals. The other reason that donors did not want their names to be known was that, following the donation, if they legitimately win a contract, then they open themselves up to suspicion of benefiting from a quid pro quo arrangement with the party in power.

India-China standoff: A look at key background of the dispute

The tense standoff between India and China over the Doklam plateau has only escalated, raising concerns in both capitals of an all-out military conflict. Both sides have made threats while simultaneously calling for negotiations. The US State Department has urged the two sides to work together toward a peaceful resolution. Negotiations since 1985 to settle the boundary dispute have seen little success. The land they’re currently arguing over spans 269 square kilometers (104 square miles) on a sparsely populated plateau in western Bhutan, which has no diplomatic ties with China and coordinates its relations with Beijing through New Delhi.

Bhutan’s foreign ministry called China’s move to construct road in this region a “direct violation” of agreements reached in 1988 and 1998 to maintain peace and refrain from unilateral action in the area pending a final border settlement. Bhutan hopes that the status quo in the Doklam area will be maintained.

For India, securing the Doklam Plateau is seen as essential to maintaining its control over a land corridor that connects India’s mainland with its remote northeastern states. India has said the Chinese road project threatens its access to the corridor.

India has initiated as many as 223 anti-dumping investigations between January 2012 and July 14 this year against various countries, including China and Indonesia. During the period, maximum number of cases were against China.

Purpose: The purpose of anti dumping duty is to rectify the trade distortive effect of dumping and re-establish fair trade.

Is it permitted? The use of anti dumping measure as an instrument of fair competition is permitted by the WTO. It provides relief to the domestic industry against the injury caused by dumping. It is levied on distrustfully low-priced imports, so as to protect the domestic manufacturers.

Need for anti-dumping duty: Dumping is an unfair trade practice of exporting goods to another country at a price lesser than what is paid in the exporting nation or their normal production cost, thereby distorting international trade and causing injury to the domestic manufacturers of the goods in the importing country.