The Centre – for the first time under a new scheme called Trade Infrastructure for Export Scheme (TIES) launched in March to address the infrastructure problem — has given its approval for three proposals. Status of export infrastructure in India:

According to a March 2016 report on ‘Export Infrastructure in India’ by the Department Related Parliamentary Standing Committee on Commerce, “deficient infrastructure and the manner in which infrastructure is being operated (in India) are the major obstacles to ensure competitiveness in manufacturing of goods and exports thereof.”

It is estimated that India can save up to $50 billion if logistics costs are brought down from 14% to 9% of country’s GDP thereby making domestic goods more competitive in global markets.

The Scheme is focussed on addressing the needs of the exporters. The scheme replaces a centrally sponsored scheme — Assistance to States for creating Infrastructure for the Development and growth of Exports (ASIDE).

The results from a limited number of children tested, under the Revised National TB Control Programme, is worrying. MDR-TB is an abbreviation of Multi Drug Resistant TB and it is a specific type of drug resistant TB infection. It means that the TB bacteria that a person is infected with, are resistant to at least two of the most important TB drugs, isoniazid (INH) and rifampicin (RMP). If bacteria are resistant to certain TB drugs this means that the drugs won’t work. Other drugs then need to be taken by the person if they are to be cured.

Since the incidence of TB among children is a reflection of the prevalence of the disease in the community at large, the high prevalence of both drug-sensitive TB and drug-resistant TB in children from these nine cities is a grim reminder of the failure of the health-care system to diagnose the disease early enough in adults and start them on treatment.

A proactive approach to testing helps in early and correct diagnosis of all contacts and in cutting the transmission chain. In line with World Health Organisation guidelines, the RNTCP requires all household contacts, particularly children, of a newly diagnosed pulmonary TB patient to be tested and started on treatment if needed. Children below six years of age in the household of a newly diagnosed patient are required to be given the drug Isoniazid as a prophylactic even when they do not have the disease.

The government should take up contact screening more urgently. Using the Xpert molecular diagnostic test to screen children with TB is a positive step and should be welcomed, but all the diagnosed children should be guaranteed paediatric Fixed-dose combination (FDC) drugs. It would be unethical to deny them this lifeline.

When too much is too little

The issue of food wastage is considered as an issue of national importance. 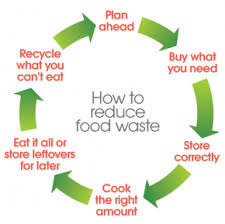 Food wastage is sometimes linked to people’s behaviour. However, there are wastages which happen in any case due to food’s perishability and the absence of an effective distribution mechanism and legal framework.

How big is it?

Food is lost or wasted throughout the supply chain, from initial agricultural production to final household consumption. According to the Food and Agriculture Organisation (FAO), “One third of food produced for human consumption is lost or wasted globally, which amounts to about 1.3 billion tons per year.” The losses represent “a waste of resources used in production such as land, water, energy and inputs, increasing the green gas emissions in vain”.

Looking at the scale of problems, it is wise to frame a comprehensive strategy by combining the efforts of the government and private sectors and civil society. The government can create a time-bound task force under Niti Aayog, with experts from different sectors, to frame a national policy to tackle this gigantic issue, which can recommend the legal framework to support initiatives to reduce food loss and waste. 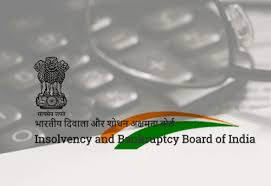 The government has set up a 19-member panel to carry out what it says will be scientifically validated research on cow derivatives including its urine, and their benefits. The Indian Council of Agricultural Research (ICAR) is celebrating its 89thh foundation day.