Taking suo-moto cognizance of objectionable video films and pictures of protected Jarava and other tribal communities of Andaman Islands on YouTube social media platform, the National Commission for Scheduled Tribe (NCST) has initiated action on it. As per provisions of Andaman and Nicobar Island (Protection of Aboriginal Tribes) Regulation, 1956 (PAT), the Andamanese, Jarawas, Onges, Sentinelese, Nicobarese and Shom Pens have been identified as “aboriginal tribes”.

Paper 3 Topic: Various Security forces and agencies and their mandate. 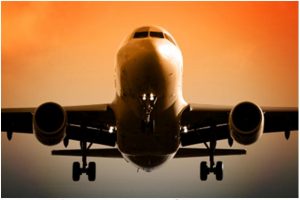 It is a security force of India constituted “for combating terrorist activities with a view to protect States against internal disturbances“.

The foundation stone for First Maize based Mega Food Park was recently laid in Kapurthala, Punjab. Kapurthala has been declared as a Dark Zone district where slow desertification is happening because of overexploitation of water due to cash crops. Establishment of this Mega Food Park will result in the development of this Dark Zone which includes Job opportunities, Environmental Conservation. Maize is an amazing cereal and is an alternate to Jhona (paddy) and Kanak (wheat). Maize is rich in protein, provides nutritional requirements that India needs and Maize consumes much lesser water and could contain the problem of further water depletion.

To give a major boost to the food processing sector by adding value and reducing food wastage at each stage of the supply chain with particular focus on perishables, Ministry of Food Processing Industries is implementing Mega Food Park Scheme in the country.

Taking forward the National Intellectual Property Rights (IPR) Policy 2016, a ‘Scheme for IPR Awareness – Creative India; Innovative India’ has been launched by Cell for IPR Promotion and Management (CIPAM) under the aegis of the Department of Industrial Policy and Promotion. 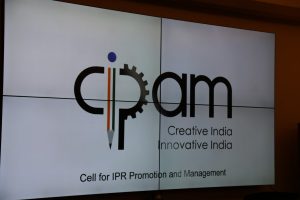 SEBI to move against non-compliant firms

The Securities and Exchange Board of India (SEBI) has initiated action against non-compliant “Exclusively Listed Companies (ELCs) on Dissemination Board (DB),” and its directors and promoters.

These are companies which were earlier listed on regional stock exchanges (RSEs) that have been de-recognised by the regulator. Such companies were allowed to be part of the national exchanges through a dissemination board but were directed to submit a plan of action for listing or providing an exit option to shareholders.

The Securities and Exchange Board of India (SEBI) is the regulator for the securities market in India. It was established in the year 1988 and given statutory powers on 12 April 1992 through the SEBI Act, 1992.

In a move that is likely to boost mergers and acquisitions (M&A) in the country, the Centre has done away with the thirty-day time period to submit before the Competition Commission of India (CCI) an application for pre-merger clearance.

12th G20 Summit was recently held at the German city of Hamburg.

India’s PM presented an 11-point action agenda for counter-terrorism at the summit. The agenda includes:

The ‘Group of Twenty’ is made up of 19 countries and the European Union. The countries are Argentina, Australia, Brazil, Canada, China, France, Germany, India, Indonesia, Italy, Japan, Mexico, Russia, Saudi Arabia, South Africa, South Korea, Turkey, the UK and the US.

The G20, with its ministerial-level beginnings in 1999, first met for a summit in 2008 in Washington to discuss ways to achieve balanced and sustainable world economic growth.

The Reserve Bank of India (RBI) may consider setting up a Public Credit Registry (PCR), which will be an extensive database of credit information for India that is accessible to all stakeholders.

What is a PCR:

Advantages of having a PCR:

A PCR, if put in place will help in credit assessment and pricing by banks; risk-based, dynamic and countercyclical provisioning at banks; supervision and early intervention by regulators; understanding if transmission of monetary policy is working.

How exactly a public credit registry can help in India?

The Supreme Court has stayed the Uttarakhand High Court order according the status of “living human entity” to Ganga and Yamuna rivers. 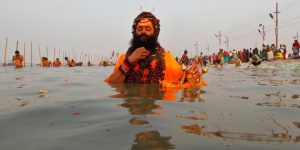 The order issued in exercise of parens patrie (authority regarded as legal protector of citizens who are unable to protect themselves) jurisdiction said “the rivers Ganga and Yamuna, all their tributaries, streams, every natural water flowing with flow continuously or intermittently of these rivers, are declared as juristic/legal persons/living entities having the status of a legal person with all corresponding rights, duties and liabilities of a living person in order to preserve and conserve river Ganga and Yamuna”.

It also declared the Director of the Namami Gange project, the Chief Secretary of Uttarakhand and the Advocate General of the state “loco parents” — the human faces to protect, conserve and preserve the rivers and their tributaries. These officers were bound to uphold the status of the rivers Ganges and Yamuna and also to promote the health and well-being of these rivers.

The order had put the state government in a quandary. Since the rivers flow through several states, only the Centre could frame rules for their management. The ruling also raised questions like whether the victim of a flood in the rivers can sue the state for damages and also about whether the state and its officers will be liable in case of pollution in the rivers in another state through which it flows.

The U.N. cultural agency has declared the old city in the West Bank town of Hebron as a Palestinian world heritage site, a decision that outraged Israeli officials who say the move negated the deep Jewish ties to the biblical town and its ancient shrine.

The move was the latest chapter in Israel’s contentious relationship with UNESCO, an agency it accuses of being an anti-Israeli tool that makes decisions out of political considerations.