Remote sensing and GIS-enabled data offer definite proof for the first time that the mangrove forest cover in the Sunderbans has been depleting alarmingly. From 1986 to 2012, 124.418 sq. km., or about 5.5% of the mangrove cover, was lost. Variable degrees of erosion was observed in at least 18 islands. The continuation of this process is a serious ecological threat, say experts.

How climate change and sea level rise has contributed to the phenomenon of losing land, including mangrove forests in the Sundarbans, in the last part of the 21st century?

A critical minimal inflow of freshwater is necessary for the luxuriant growth of mangroves. When freshwater inflow is missing, there is a change in mangrove succession, and freshwater loving species of mangroves are replaced by salt-water loving ones. The immediate impact of salinity will be on the fishing community, where commercially sought after fish species will be replaced by fish that does not have as much market value.

The Sundarbans is a natural region in West Bengal and Bangladesh. It is the largest single block of tidal halophytic mangrove forest in the world.

Why Bhutan is special to India

The recent standoff between India and China over Doklam issue has highlighted India’s special relationship with Bhutan, which includes military responsibilities towards it. China’s People’s Liberation Army (PLA) recently attempted to construct a road in the disputed Doklam region unilaterally. However, Bhutan had strongly opposed this.

Relationship between India and Bhutan:

India- Bhutan friendship treaty 2007 has been guiding the bilateral relations between the two countries. Under the 2007 India-Bhutan Friendship Treaty, the two sides have agreed to “cooperate closely with each other on issues relating to their national interests. Neither Government shall allow the use of its territory for activities harmful to the national security and interest of the other.”

In Telangana, a unique irrigation project

Kaleshwaram Lift Irrigation Project (KLIP) of the Telangana government has gained much attention in recent times.

Claimed to be the costliest irrigation project to be taken up by any State till date with an estimated cost of Rs. 80,500 crore, the project holds the key to the government’s promise of providing irrigation facility to one crore acres of land under all projects/tanks. The government has already spent Rs. 10,000 crore on the project, including land acquisition, and has allocated Rs. 7,000 crore in the current budget, besides tying up a Rs. 7,400 crore loan from a consortium of banks. Notwithstanding its share of controversies, particularly related to land acquisition for the Mallannasagar reservoir, one of the key components of the project for storage of 50 tmc ft water, the project is making swift progress.

The Kaleshwaram project is an off-shoot of the original Pranahitha-Chevella Lift Irrigation Scheme taken up by the Congress government in 2007 when Andhra Pradesh was not divided. After the formation of Telangana in 2014, the TRS government redesigned the project on the ground that the original plan had too many environmental obstacles and had very low water storage provision — only about 16.5 tmc ft. 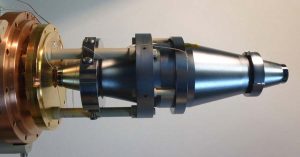 Ideally, laser light has only one fixed wavelength or frequency. In practice, the spectrum of most types of lasers can, however, reach from a few kHz to a few MHz in width, which is not good enough for numerous experiments requiring high precision.

This precision is useful for various applications such as optical atomic clocks, precision spectroscopy, radioastronomy and for testing the theory of relativity.

What is a laser?

The letters in the word laser stand for Light Amplification by Stimulated Emission of Radiation. A laser is an unusual light source. It is quite different from a light bulb or a flash light. Lasers produce a very narrow beam of light. This type of light is useful for lots of technologies and instruments.

The idea of an integrated oil major has surfaced again in 2017 even after being rejected twice earlier.

The idea first made its appearance during Atal Bihari Vajpayee’s government in 1998. The proposal was then rejected for encouraging a monopolistic scenario in distribution of essential goods like LPG, petrol, kerosene etc. In 2005, the Krishnamurthy committee formed by the UPA government debunked the idea as it would reduce competition and manpower in the oil and gas sector.

An integrated oil major is good for the following reasons:

Counter arguments- Why an integrated oil major is not suitable for India?

Any decision that creates a monopoly in the oil and gas sector must be carefully thought through. An important question here is whether a bigger oil company will help reform the sector. Or, will it create new problems for the Indian people at large?

Nine more locations in Kerala have been identified as Important Bird and Biodiversity Areas (IBAs). 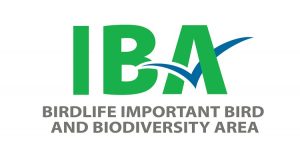 The IBAs are “places of international significance for the conservation of birds and other biodiversity” and are “distinct areas amenable to practical conservation action,” according to BirdLife International.