What you need to know about IPISH?

This is a platform initiated by Startup India and supported by Commerce & Industry Ministry and Startup Portugal to create a mutually supportive entrepreneurial partnership.

There are strong complementarities between India and Portugal in the start-up sector. Portugal has one of the highest rates of business creation in Europe and has emerged as one of the most vibrant European eco-systems for entrepreneurship. Lisbon is also hosting the Web Summit – a key annual international technology conference – for 3 years from 2016 onwards. 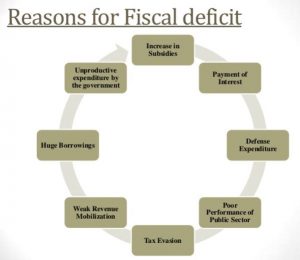 The West Bengal government is among the winners to receive the prestigious UN Public Service Award for its initiative to combat child marriage and ensure education to the girl child in the state. The West Bengal government was among the 12 institutions from 11 countries that were recognised by the world body on UN Public Service Day, commemorated on June 23rd. West Bengal has been awarded for the ‘Kanyashree Prakalpa‘ initiative that sought to reduce the high child marriage rates and low female education rates in the state. Through the initiative, cash was deposited into the bank account of girls for every year they remained in school and were unmarried. This initiative led to a “drastic reduction in child marriage, increase in female education and female empowerment.”

The UN Public Service Day is celebrated every year to recognise public service innovations and excellence that have led to more effective and inclusive public service delivery contributing to the achievement of the SDGs in countries worldwide.

The Election Commission has disqualified Narottam Mishra, Minister in the Madhya Pradesh government from membership of any State legislature and contesting polls for the next three years for filing wrong accounts of election expenditure. What you need to know about the issue?

Powers of election commission to disqualify:

Membership of the minister was revoked under section 10A of the Representation of the People Act, 1951, to be read with Sections 77 and 78 of the Act. This relates to providing wrong information to the Commission on expenses incurred during the polls.

Under the Constitution, the Commission also has advisory jurisdiction in the matter of post election disqualification of sitting members of Parliament and State Legislatures. Further, the cases of persons found guilty of corrupt practices at elections which come before the Supreme Court and High Courts are also referred to the Commission for its opinion on the question as to whether such person shall be disqualified and, if so, for what period. The opinion of the Commission in all such matters is binding on the President or, as the case may be, the Governor to whom such opinion is tendered.

The ongoing land acquisition for the Yettinahole drinking water project has hit a hurdle with some farmers unhappy with the price chart fixed by the district committee and are refusing to part with land. Though the Karnataka Cabinet approved direct acquisition as a special case to speed up the process, this could mean a slowdown. Karnataka Neeravari Nigam Ltd. (KNNL) is currently acquiring land in Sakleshpur taluk and coffee estate owners are unhappy with the prices fixed under the Right to Fair Compensation and Transparency in Land Acquisition, Rehabilitation and Resettlement Act.

The Yettinahole project envisages to pump about 24 tmc ft of water from Yettinahole, a tributary of River Netravathi.

NASA is launching a sounding rocket CHESS to study vast interstellar clouds and know about the earliest stages of star formation. Deep in space between distant stars, space is not empty. Instead, there drifts vast clouds of neutral atoms and molecules, as well as charged plasma particles called the interstellar medium — that may, over millions of years, evolve into new stars and even planets. These floating interstellar reservoirs are the focus of the NASA-funded CHESS sounding rocket mission, which will check out the earliest stages of star formation.

What you need to know about CHESS?

The Colorado High-resolution Echelle Stellar Spectrograph will measure light filtering through the interstellar medium, which provides crucial information for understanding the lifecycle of stars. Location: Lisbon is the capital and the largest city of Portugal. It is continental Europe’s westernmost capital city and the only one along the Atlantic coast. Lisbon lies in the western Iberian Peninsula on the Atlantic Ocean and the River Tagus. The Kolkata Metro Rail Corporation (KMRC) has completed the construction of India’s first set of underwater transportation tunnels. The two tunnels, 16.1 metres apart, with a diameter of 5.5 metres each, link the two banks of the Hooghly river — Howrah Maidan and Sealdah on one side with Kolkata on the other. The tunnels are at a depth of 13 metres below the riverbed, and 30 metres from the land surface.