Amendment of the Social Security Agreement between India and the Netherlands

The Union Cabinet has approved Amendment of the bilateral Social Security Agreement (SSA) between India and the Netherlands by incorporating the “Country of Residence” Principle into the said SSA.

The circumstances where the “country of residence” principle will apply to a few instances of Indian nationals include the following:

A bilateral Social Security Agreement, (SSA) was signed between India and the Netherlands on 22nd October 2009 and came into force on 15th June 2010.

The Centre has empowered the National Intelligence Grid (NATGRID), the integrated mechanism to keep track of security-related data, to access the Income Tax department’s records on individual taxpayers as well as PAN card holders. NATGRID and the I-T department could sign a pact soon to operationalise the data sharing arrangement. 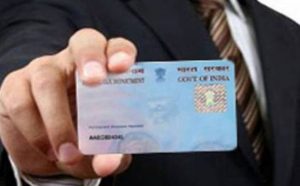 NATGRID is an ambitious counter terrorism programme, which will utilise technologies like Big Data and analytics to study and analyse the huge amounts of data from various intelligence and enforcement agencies to help track suspected terrorists and prevent terrorist attacks. It will connect, in different phases, data providing organisations and users besides developing a legal structure through which information can be accessed by the law enforcement agencies.

NATGRID is a post Mumbai 26/11 attack measure. It aims to mitigate a vital deficiency — lack of real time information, which was considered to be one of the major hurdles in detecting US terror suspect David Headley’s movement across the country during his multiple visits between 2006 and 2009.

A law, this time for Antarctica

India is drafting a dedicated Antarctica policy and a law that will likely be tabled in the winter session of Parliament. Ministry of Earth Sciences will draft the law. 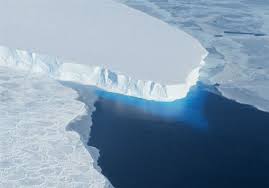 India, being among the countries that have acceded to the Antarctica Treaty, is expected to have a clear policy on the consequences of its activities in the region. India is expanding its infrastructure development in Antarctica. The government is rebuilding its station, Maitri, to make it bigger and last for at least 30 years. Dakshin Gangotri, the first Indian base established in 1984, has weakened and become just a supply base.

The treaty is framed to ensure ‘in the interests of all mankind that Antarctica shall continue forever to be used exclusively for peaceful purposes and shall not become the scene or object of international discord.’

Cartosat-2 launch: India puts another smart eye in the sky

India’s Polar Satellite Launch Vehicle has launched the Cartosat-2 series satellite—a dedicated satellite for defence forces—along with 30 co-passenger satellites from Sriharikota in Andhra Pradesh. This is the 40th flight of PSLV and 17th flight of PSLV in ‘XL’ configuration (with the use of solid strap-on motors). Cartosat-2 is a remote sensing satellite and it is similar in configuration to earlier satellites in the series with the objective of providing high-resolution scene specific spot imagery.

The Union Cabinet has approved constitution of an organized Group ‘A’ Engineering Service, namely Indian Naval Material Management Service (INMMS) and consequent changes in cadre structure of existing Group ‘A’ cadre of Naval Store Officers of the Indian Navy.

Uttarakhand and Haryana declared 4th and 5th ODF States in the country:

Under the Swachh Bharat Mission Gramin (SBM-G), rural Uttarakhand and rural Haryana have declared themselves as the 4th and 5th Open Defecation Free (ODF) States of India. They have joined the league of Sikkim, Himachal Pradesh and Kerala, which were the first three states to be declared ODF. Nationally, the sanitation coverage has increased from 42% to over 64% in just two and a half years since the launch of SBM. With the total number of ODF States now rising to 5, more than 2 Lakh villages and 147 districts have also been declared ODF across the country.

What are Municipal Bonds?

Municipal bonds are debt instruments through which a corporation or municipality raises money from individuals or institutions. The civic body floating the bonds returns the principal amount on a maturity date with a specific amount of interest. There are usually two kinds of bonds – general bonds, where money is raised without mentioning the cause in particular, and revenue bonds, where funds are raised for income-generating projects and revenue from the projects is used to repay the buyers.

These are the digital copies of 62 volumes of the collection recently handed over to the National Archives of India by the Torre do Tombo (National Archives of Portugal. These volumes were originally part of over 456 volumes that cover the period from 1568 to 1914 and form the largest of all record collections in the Goa State Archives.  The collection consists of direct correspondence from Lisbon to Goa and is important primary source for the study of the Portuguese expansion in Asia, their trade rivalries with the Arabs and European powers and their relations with neighbourings Kings in South Asia and East Asia.

A workshop on how people and brow-antlered deer (Sangai), can co-exist, recently concluded in Manipur. Due to lack of funds and poaching, sangai may become extinct sooner than expected.