1) Why is cow considered as sacred by some sections of the Indian society? Critically comment how is recent cow politics affecting diversity of India. (200 Words)

Introduction :- Cow is the most important animal in the Indian society owing to the ancient importance given to cow, its place in Hindu mythology and rituals. It is considered sacred by some sections of Indian society due to following reasons:-

The cow politics is affecting the Indian diversity in following ways :-

2) India will be faced with a daunting challenge as the construction and other activities pick up in China-Pakistan Economic Corridor (CPEC) through Pakistan Occupied Kashmir (PoK) in the years ahead. In this light, should India reconsider negotiating again with China regarding CPEC? What negotiating terms should India explore? Discuss. (200 Words)

Introduction :- China–Pakistan Economic Corridor  is a collection of infrastructure projects that are currently under construction throughout Pakistan. Originally valued at $46 billion, the value of CPEC projects is now worth $ 62 billion. CPEC is intended to rapidly modernize Pakistani infrastructure and strengthen its economy by the construction of: modern transportation networks, numerous energy projects, and special economic zones. On 13 November 2016, CPEC became partly operational when Chinese cargo was transported overland to Gwadar Port for onward maritime shipment to Africa and West Asia. 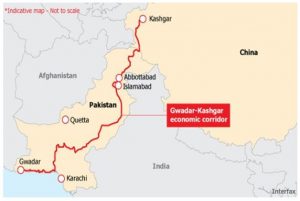 Should India consider negotiating with China :-

India has not participated in recently organized Belt and Road forum summit held in Beijing on bet of sovereignty issue and gave a clear stand to China about her position on BRI and CPEC. But this initial position of India has been seen as short-term tactical requirements and it does not answer what should be India’s long-term strategy on this issue. The following points will throw the light on reconsideration of negotiation with china regarding CPEC.

3) Do you think the rift between Qatar and other Arab nations is sustainable in the long run? How ill this rift affect India? Examine. (200 Words)

Introduction :- The recent diplomatic rift between Qatar and other Arab states — like Saudi Arabia, Bahrain, UAE and Egypt — has again highlighted the geopolitical significance of the region beyond the oil factor. It emerged as a result of an allegation that the small gas-rich country supports and funds terror through its support of Iran and Muslim Brotherhood, a Sunni Islamist political group outlawed by both Saudi Arabia and the UAE.

The rift between two groups and that too both countries being a part of the Gulf cooperation council(GCC) seen through the prism of Globalisation prove that the rift cannot sustain in the long run.
The following points probe into the finer details exemplifying the above statement- 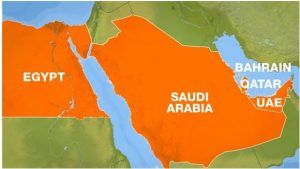 4) Discuss what alternative solutions should state and union governments explore other than waiver of farm loans to address farm crisis. (200 Words)

Loan waivers might help the government buy peace with farmers in the short run, but they are unlikely to change much on the ground. Loan waivers can also affect the flow of credit as bank lending tends to move away from areas with greater exposure to such schemes. It creates distortions in the credit market, as repeated waivers incentivise default, which can affect the flow of credit to the sector in the medium to long run. Moreover, loan waivers have fiscal costs. They can not only increase the deficit and interest burden, but also limit the ability of the government to undertake capital expenditure. Lower capital expenditure affects longer-term growth prospects, including that of the agriculture sector. Addressing the problems in the agriculture sector means solutions that go beyond loan waivers.

5) According to recent reports, the government is planning to provide operational flexibility to central public sector enterprises (CPSEs) to take over stressed assets and turn them around. How will this step help banking and public sectors? Critically examine. (200 Words)

Stressed assets on the books of Indian banks are now higher than the net worth of the entire banking sector, according to a recently released McKinsey & Co. report, “Mastering New Realities: A Blueprint To Transform Indian Banking”.

One of the contributing factors in this crisis is the inability of private asset reconstruction companies (ARCs) to play a meaningful role, in spite of enabling regulations and support from the central bank.

How operational flexibility to CPSEs help banking and public sectors?

However there are some concerns-

The government could also explore the option to revisit the idea of setting up a bad bank, transferring stressed assets to its balance sheet at fair valuations and then securitizing the assets to distribute risk among a diverse group of investors.

The bad banks have succeeded fairly well in the China. In 1999, China set up four centrally controlled asset management companies, or bad banks, to swallow toxic assets from banks. Today, China’s bad banks are “thriving as alternative lenders, evolving from bad-debt managers into some of the country’s largest financial conglomerates”, according to the Financial Times.

6) Burning of biomass and crop residue is one of the leading factors contributing to air pollution in India. What prompts farmers to burn crop residue and biomass? What measures can government take to discourage this practice? Examine. (200 Words)

The burning of crop residue has become a severe problem in North India, particularly in the Delhi and NCR. Despite the various orders by Supreme Court and National Green Tribunal, problems is persisting and posing huge threat to the lives of millions of people.

Measures to be taken by government to discourage this practice-

Stating that the Environmental Pollution (Prevention and Control) Authority, set up by the Supreme Court, and the NGT have both called upon the governments to put up sufficient infrastructure and collection points to bring the straw together for power generation. The process has started but the scale of implementation is still limited. Thus government should increase the scale of the operations by investing in new technologies and equipments.

Recently Parliament enacted the Prevention of Cruelty to Animals Act, 1960, Section 38 whereof empowers the Central Government alone to make rules. The Government notified the Rules for constituting and regulating animal markets for transacting sale and purchase of animals without subjecting them to cruelty. Rule 22, which has attracted the most controversy, requires certain measures for ensuring that in animal markets, cattle are transacted for agricultural purposes only, and not for slaughter. The other provisions in these rules constitute Animal Market Committees and lay down several measures for preventing cruelty to animals.

The contention based on the fundamental right to religion under Article 25 even in respect of cow protection laws has been categorically rejected throughout in all these judgments. It is thus specious to say that the 2017 Rules are violative of any fundamental rights.

For instance, Entry 15 of the State List provides “preservation, protection and improvement of stock and prevention of animal disease; veterinary training and practice”, but that is neither the purpose of the Act nor of the rules – the purpose being to prevent cruelty to animals, and not to improve animal stock or prevent animal disease.

It is thus difficult to say that the 2017 Rules do not meet constitutional muster. The hue and cry on the validity of these rules is on account of the conflation of desirability and legality. Rule of law requires that the legal examination of these rules, albeit challenging, insulate itself from the din of propriety and desirability surrounding these rules.