What you need to know about SATH program?

To select the three model states, NITI defined a three-stage process – expression of interest, presentations by the states and assessment of commitment to health sector reforms.

States will be selected on the basis of evaluations and objective assessment of criteria affecting the potential for impact and likelihood of success. Metrics such as MMR, IMR, incidence of malaria and others have been considered for determining potential impact while density of doctors and nurses, compliance to IPHS norms are some of the metrics used to determine likelihood of success.

Switzerland, the incoming chair of the Nuclear Suppliers Group (NSG), will support application for membership, but has left the door open for Pakistan to join as well. 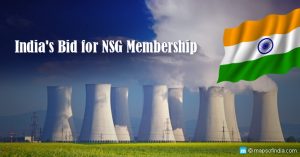 Switzerland may resort to Grossi process in a bid to support India. The “Grossi process” mandates the former NSG chairperson and diplomat Rafael Grossi to build a consensus among all 48 countries of the NSG, many of which resisted India’s membership bid at the Seoul plenary session in 2016, unless the country signs the Non-Proliferation Treaty.

India, meanwhile, appears to be mulling its options over how strongly to pitch its case at the nuclear club.

Nuclear Suppliers Group (NSG) is a multinational body concerned with reducing nuclear proliferation by controlling the export and re-transfer of materials that may be applicable to nuclear weapon development and by improving safeguards and protection on existing materials.

Once admitted, an NSG member state:

The government is mulling a new data protection law to protect personal data of citizens, while also creating an enabling framework to allow public data to be mined effectively. The move assumes significance amid the debate over security of individuals’ private data, including Aadhaar-linked biometrics, and the rising number of cyber-crimes in the country. A proposal to this effect has been sent to the Prime Ministers’ Office for approval. 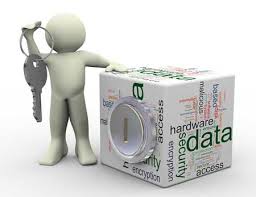 The underlying infrastructure of the digital economy is data. India is woefully unprepared to protect its citizens from the avalanche of companies that offer services in exchange for their data, with no comprehensive framework to protect users.

Currently, India does not have a separate law for data protection, and there is no body that specifically regulates data privacy.

However, none of these has been effective.

A committee of secretaries has directed the Labour Ministry to frame scheme for benefit of senior citizens who are PF subscribers from inoperative account funds. With this, savings remaining unclaimed in dormant Employees’ Provident Fund (EPF) accounts for seven years will be used to fund a new scheme for providing medical benefits to pensioners under the EPF scheme.

The EPFO has already started discussions with the Employees’ State Insurance Corporation (ESIC) to frame a medical benefits scheme for pensioners under Employees’ Pension Scheme (EPS) of the EPFO.

The government had framed a law last year wherein unclaimed money under EPF, Public Provident Fund and small saving schemes such as post office savings accounts for a period of seven years will be diverted to set up a senior citizens’ welfare fund. The trade unions had strongly protested the move to divert EPF money for setting up a fund for the elderly. Following this, it was decided that the unclaimed EPF money will be diverted for EPF pensioners only.

The Employees’ Provident Fund Organisation, a statutory body, is one of the largest social security organizations in India in terms of volume of financial transactions undertaken and number of covered beneficiaries. It works under the overall aegis of the Ministry of Labour and Employment.