Agreement between India and Somalia on transfer of sentenced persons

The Union Cabinet has given its approval for signing and subsequent ratification of the Agreement on Transfer of sentenced persons between Indi and Somalia. 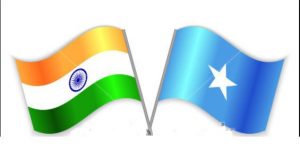 Prior to 2004, there was no domestic legislation under which foreign prisoners could be transferred to the country of their origin to serve the remaining part of their sentence, nor was there a provision for the transfer of prisoners of Indian origin convicted by a foreign court to serve their sentence in India. The transfer of such prisoners to their own native countries shall facilitate their social rehabilitation.

Hence the Repatriation of Prisoners Act, 2003 was enacted for achieving the above purpose. For achieving the objectives of the Act, a treaty/agreement is required to be signed with countries having mutual interest with us on this matter. 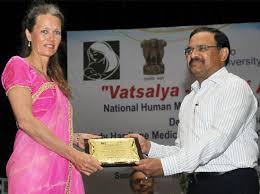 What you need to know about this?

In an effort to curb antibiotic resistance, the World Health Organization (WHO) has divided the drugs into three categories — access, watch and reserve — specifying which are to be used for common ailments and which are to be kept for complicated diseases.

The Union Ministry of Law and Justice has cleared the Prevention of Cruelty to Animals (Karnataka Amendment) Bill 2017, legalising kambala — the traditional slush track buffalo race — and will send it to the President for his assent. The Karnataka Legislative Assembly had cleared the Bill in February 2017. Governor had referred the Bill to the President for his assent. The Bill seeks to exempt kambala and bullock-cart racing from the ambit of the Prevention of Cruelty to Animals (PCA) Act, 1960.

Kambla in its traditional form is non-competitive with buffalo pairs made to race one after another in paddy fields, which is considered a thanksgiving to the Gods for protecting the animals from diseases.

Over the years, it has however become an organised sport with animal rights activists claiming that the buffaloes run in the race due to fear of being beaten, which the organisers dismiss, saying no violence is involved and that several modifications had been made to ensure that it is an animal friendly event.

Astana, the Kazakh capital is hosting the two-day summit of the Shanghai Cooperation Organization (SCO). The SCO was established on June 15, 2001 in Shanghai by six countries. At the 2016 summit held in Uzbekistan, the SCO leaders signed memorandums on the accession of India and Pakistan to the organization.

South Korea has suspended any further deployment of a controversial US missile defence system until an environmental impact assessment ordered by new President Moon Jae-In is finished.

What you need to know about THAAD missile?

The Terminal High Altitude Area Defense, or simply abbreviated as THAAD, is a missile defence system that is designed to intercept and destroy short and medium-range ballistic missiles in their final flight phase. First proposed in 1987 and then finally deployed in 2008, the THAAD cannot be used as a form of attack against an enemy. Its role, by use of a powerful radar, is to simply track and destroy missiles before they are launched.