The National Trust under Ministry of Social Justice & Empowerment in collaboration with key partners recently organised the conference “Inclusive India Initiative: Towards an Inclusive India” for intellectual and developmental disabilities (IDDs). What you need to know about this initiative?

The ‘Inclusive India Initiative’ of National Trust is specifically catering to persons with intellectual and developmental disabilities; with an objective to include these people in the mainstream and in all important aspects of social life, namely education, employment and community ‘Inclusive India’ in about changing the attitudes.

The National Trust is a statutory body of the Ministry of Social Justice and Empowerment, set up under the “National Trust for the Welfare of Persons with Autism, Cerebral Palsy, Retardation and Multiple Disabilities” Act (Act 44 of 1999). The National Trust was envisaged with a core mission of providing opportunities for capacity development of Persons with Disabilities and their families, fulfilling their rights, facilitating and promoting the creation of an enabling environment and an inclusive society.

‘Skill for Life, Save a Life’ initiative

The government has launched the ‘Skill for Life, Save a Life’ initiative.

What you need to know about this initiative?

‘Skills for Life, Save a Life’ Initiative’ aims to upscale the quantity and quality of trained professionals in the healthcare system. Under this initiative various courses are planned to be initiated targeting specific competencies for healthcare professionals as well as for general public.

The potential for skilled healthcare workers and professionals is immense in the country. Such courses ensure that the health sector gets the adequate skilled health workers. Skilling the youth enhances the employability and skilled India will help the nation reap rich dividends. This shall reduce the gap between expectations of employment of the youth and the actual job they get. Skill enhances economy of the country, too by reducing the gap between demand and supply of trained and skilled manpower in every field.

More than 65% youth are below the age of 35 years in India and the country should seize this opportunity by providing adequate skills and employability to the youth for a strong foundation for continued and sustainable growth.

Scientists have discovered the hottest known planet located 650 light years from Earth, which is warmer than most stars in the universe and sports a giant, glowing gas tail like a comet. 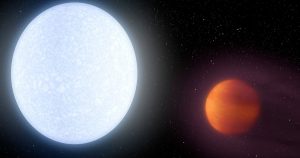 What you need to know about the newly discovered planet?

The Jupiter-like planet, named KELT-9b, orbits a massive star KELT-9 every day and a half.

The Income Tax Department has notified rules specifying equity transactions that will attract capital gains tax if securities transaction tax (STT) was not paid on them. The move comes after the Finance Act 2017 that aimed to curb the practice of declaring unaccounted income as exempt long-term capital gain by entering into sham transactions. The Finance Act, 2017 amended the provisions of Section 10 (38) of the Income-Tax Act to provide exemption from long-term capital gains tax for income from transfer of equity share acquired on or after October 1, 2004, provided that the transaction had been charged for STT. All stock market transactions attract STT in the range of 0.017% to 0.125%.

20th anniversary of the formation of BIMSTEC

BIMSTEC is celebrating 20th anniversary of its formation.