According to a survey, Orang tiger reserve in Assam, which has the smallest core, is host to 28 big cats, thus having the highest density nationally. The count was revealed during phase IV of the all-India tiger estimation programme of the National Tiger Conservation Authority (NTCA). Spread over Darrang and Sonitpur districts and notified in February 2016, Orang Tiger Reserve is the 49th in the country. It has the smallest core of 78.28 sq. km.

The National Tiger Conservation Authority is a statutory body under the Ministry of Environment, Forests and Climate Change constituted under enabling provisions of the Wildlife (Protection) Act, 1972, as amended in 2006, for strengthening tiger conservation, as per powers and functions assigned to it under the said Act.

The National Tiger Conservation Authority has been fulfilling its mandate within the ambit of the Wildlife (Protection) Act, 1972 for strengthening tiger conservation in the country by retaining an oversight through advisories/normative guidelines, based on appraisal of tiger status, ongoing conservation initiatives and recommendations of specially constituted Committees.

The Council of Scientific and Industrial Research is staring at a fund crunch this year. Hence, CSIR’s chief has asked the directors of all of the organisation’s 38 labs to look outside of the CSIR to meet their expenses. In any given year, the CSIR— with a ₹4,000 crore annual budget — apportions out about ₹1,200-1,400 crore to its labs for research. This year only about ₹360 crore would be available. Pay panel and pension payouts along with scrapping of plan panel’s block grants has crippled the scientific organisation.

It was established as an autonomous body that has emerged as the largest research and development organisation in India.

Defence Secretary James Mattis recently said that the U.S. recognises India as a major defence partner partly out of respect for New Delhi’s indispensable role in maintaining stability in the Indian Ocean.

In a significant development, the US recognised India as a “major defence partner” in June 2016, which means that for defence related trade and technology transfer the country would now be treated at par with America’s closest allies.

So, what does it mean to be a “major defence partner” partner of the US?

Under the ‘major defence partner’ recognition, the US will continue to work toward facilitating technology sharing with India to a level commensurate with that of its closest allies and partners.

It “institutionalises the progress made to facilitate defence trade and technology-sharing with India to a level at par with that of the United States’ closest allies and partners, and ensures enduring cooperation into the future.

Aadhaar must for Atal Pension Yojana

Aadhaar has now been made mandatory to get benefits of the Atal Pension Yojana. Those subscribing to the pension scheme will be required to furnish proof of possession of the unique ID or undergo the enrolment process to get the benefits. 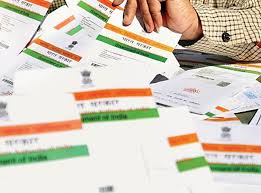 What you need to know about APY?

A brown dwarf over 100 light years away from the Sun has been discovered using a new citizen science tool that helps astronomers pinpoint new worlds lurking in the outer reaches of our solar system. These sightings were made by the Backyard Worlds volunteers. The Backyard Worlds project lets anyone with a computer and an Internet connection flip through images taken by NASA’s Wide Field Infrared Survey Explorer (WISE) spacecraft.

What are brown dwarfs?

Brown dwarfs are objects which have a size between that of a giant planet like Jupiter and that of a small star. In fact, most astronomers would classify any object with between 15 times the mass of Jupiter and 75 times the mass of Jupiter to be a brown dwarf. Given that range of masses, the object would not have been able to sustain the fusion of hydrogen like a regular star; thus, many scientists have dubbed brown dwarfs as “failed stars”.