Ministry of Women & Child Development (MWCD) has issued a clarification note stating that the BBBP scheme has no provision for individual CASH TRANSFER COMPONENT by Government of India. What you need to know about BBBP?

What you need to know about NAAC?

The National Assessment and Accreditation Council (NAAC) is an organisation that assesses and accredits institutions of higher education in India. It is an autonomous body funded by University Grants Commission of Government of India headquartered in Bangalore. NAAC was established in 1994 in response to recommendations of National Policy in Education (1986).

What you need to know about these mega food parks?

To give a major boost to the food processing sector by adding value and reducing food wastage at each stage of the supply chain with particular focus on perishables, Ministry of Food Processing Industries is implementing Mega Food Park Scheme in the country.

What these food parks provide?

They facilitate the efforts to increase the level of processing of agricultural and horticultural produce, with particular focus on perishables, in the country and thereby to check the wastage.

Mega Food Park project is implemented by a Special Purpose Vehicle (SPV) which is a Body Corporate registered under the Companies Act. State Government/State Government entities/Cooperatives applying for setting up a project under the scheme are not required to form a separate SPV.

The report of a study conducted on child marriages by Young Lives in coordination with the National Commission for Protection of Child Rights (NCPCR) has been released. The study is based on the 2011 Census. The study zeroes in on 70 districts spread across 13 States, which comprise more than 20% of child marriages. It has empirically studied the current situation vis-à-vis various possible factors.

India and Russia have signed the much-awaited agreement on setting up two more units of Kudankulam Nuclear Power Plant (KKNPP) in Tamil Nadu. 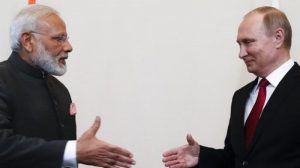 PM Modi and Putin had come to an agreement in 2015. Under that agreement, the deal for building unit 5 and unit 6 of nuclear reactors at the plant was supposed to be inked in 2016. The deal ran into a hurdle with regard to the line of credit that was to be extended by Russia.

The KKNPP was the result of an inter-government agreement between India and the erstwhile Soviet Union in 1988. During the same period, two other similar proposals were defeated as protest stymied government’s plans to build plants in Peringome near Kannur and Bhoothathankettu in Ernakulam, both districts in Kerala.

KKNPP ran into hurdles as protests stopped the government from moving ahead with the project. However, slowly the government has managed to take the project ahead. Over the years, four reactor units were built and operationalised. The plant though didn’t yield promised power during warranty testings. Its generation was only about 52%.

The last two reactor units will be built and installed jointly by the Nuclear Power Corporation of India Ltd and Atomstroyexport. The latter is a subsidiary of Rosatom–regulatory body of Russian nuclear complex. Each of the units will have a power generation capacity of 1,000 MW.

Kudankulam Nuclear Power Plant is situated in Koodankulam in the Tirunelveli district of the southern Indian state of Tamil Nadu.

They are one of three types of light water reactor (LWR), the other types being boiling water reactors (BWRs) and supercritical water reactors (SCWRs). In a PWR, the primary coolant (water) is pumped under high pressure to the reactor core where it is heated by the energy released by the fission of atoms. The heated water then flows to a steam generator where it transfers its thermal energy to a secondary system where steam is generated and flows to turbines which, in turn, spin an electric generator. In contrast to a boiling water reactor, pressure in the primary coolant loop prevents the water from boiling within the reactor. All LWRs use ordinary water as both coolant and neutron moderator.

Experts have stressed the need for review and reform of the system of International Investment Agreements (IIA) — including the Investor-State Dispute Settlement (ISDS) mechanism.

Reforms are necessary because the IIA system currently has a pro-investor bias — with an aim to protect only capital and not labour, indigenous people, migrants, or consumers, all of whom have linkages with investment.

The pitch for reforming the IIA system assumes significance as India, along with countries including South Africa, had recently opposed efforts by nations including China, Brazil, Australia and South Korea to begin discussions on a proposal for an investment facilitation agreement at the World Trade Organisation (WTO)-level that reportedly seeks to incorporate provisions including the controversial ISDS mechanism.

What you need to know about IIA?

An International Investment Agreement (IIA) is a type of treaty between countries that addresses issues relevant to cross-border investments, usually for the purpose of protection, promotion and liberalization of such investments. Most IIAs cover foreign direct investment (FDI) and portfolio investment, but some exclude the latter.

The Laser Interferometer Gravitational-wave Observatory (LIGO) detectors in the U.S. have detected yet another merger of two black holes. 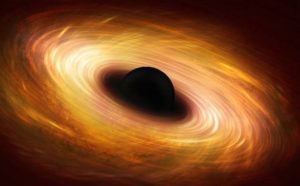 Why they are useful?

These waves will be particularly useful for studying black holes (the existence of which was first implied by Einstein’s theory) and other dark objects, because they’ll give scientists a bright beacon to search for even when objects don’t emit actual light.

Why it is difficult to detect these waves?

The reason that gravitational waves have been so difficult to detect is that their effects are tinier than tiny. In fact, the signals they produce are so small that scientists struggle to remove enough background noise to confirm them.

It is a Web Platform for Sale and Purchase of Construction Material and Service launched recently by the Ministry of Road Transport & Highways and Shipping. INAM-Pro+ is an upgraded version of INAM-Pro, the web portal designed by National Highways and Infrastructure Development Corporation Ltd (NHIDCL).

INAM-Pro+ to include the A to Z of construction materials, equipments/machinery and services like purchase/hiring/lease of new/used products and services in the domains of Construction Materials viz, cement, steel, bitumen, stone aggregates, concrete, bricks, wood, sanitary items, paint etc.