It was recently organized in Delhi to mark the beginning of the Adopt Slum Campaign.

It was initiated by the Ministry of Youth Affairs & Sports and Nehru Yuva Kendra Sangathan (NYKS).

Nehru Yuva Kendras were established in the year 1972 with the objective of providing rural youth avenues to take part in the process of nation building as well providing opportunities for the development of their personality and skills.

Syed Ghayorul Hasan Rizvi has been appointed as the new Chairman of the National Commission for Minorities. What you need to know about NCM?

The NCM was set up under the National Commission for Minorities Act, 1992 to look into complaints from members of five religious communities — Muslims, Christians, Sikhs, Buddhists and Zoroastrians (Parsis). Jain community was notified as a minority community in 2014.

The subscriber base of the Atal Pension Yojana (APY) that aims at old age income security for the working poor from mostly the unorganised sector has reached 53 lakh. Over 230 banks and the Department of India Post have been involved in the implementation of the government’s flagship social security scheme that focuses on encouraging and enabling the subscribers to save for their retirement. What you need to know about APY?

In a surprise gazette notification, the environment ministry has banned cattle slaughter and introduced restrictions on the sale of cattle to prevent their killing. A gazette notification, titled Prevention of Cruelty to Animals (Regulation of Livestock Markets) Rules, 2017 by the Ministry of Environment, Forests and Climate Change states that no one can bring cattle to an animal market unless he or she has furnished a written declaration that the cattle will not be sold for the purpose of slaughter. Further, upon sale of cattle, the animal market committee will take an “undertaking” that the animals are for agricultural purposes and not for slaughter. For years, the Supreme Court has struggled for consistency in its judicial pronouncements regarding cattle, leaving it ultimately to the Centre and States to devise an appropriate policy. While Supreme Court banned the bull-running sport jallikattu as cruel, it refused to intervene with States to frame a uniform policy on cattle slaughter. Neither did the court deem it fit to examine a plea to ban animal sacrifices for religious purposes. 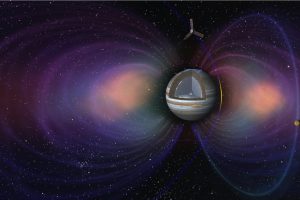 Juno was launched in 2011 on a mission to study Jupiter’s composition and evolution. It’s the first spacecraft to orbit Jupiter since Galileo. Juno spacecraft successfully entered Jupiter’s orbit recently, after a five year journey.

National Award for Social Understanding and Upliftment of Weaker Sections

The President of India Shri Pranab Mukharjee presented the “Dr. Ambedkar National Award for Social Understanding and up-liftment of Weaker Sections for the year 2011, 2012 and 2014” at a function here today. The function was organized by The Ambedkar Foundation under Ministry of Social Justice and Empowerment.

Know about the award:

Dr. Ambedkar National Award for Social Understanding and Upliftment of Weaker Sections was instituted by the Government of India in the year 1992, in pursuance of a decision of the Centenary Celebrations Committee of Babasaheb Dr. B.R. Ambedkar headed by the then Prime Minister of India.