Fund for development and maintenance of National Waterways (NWs)

The Union Cabinet has accorded its approval today to a proposal jointly mooted by the Ministry of Shipping and the Ministry of Road Transport & Highways (MoRTH) for amendment of Central Road Fund Act, 2000 to allocate 2.5% of the proceeds of Central Road Fund (CRF) for development and maintenance of National Waterways (NWs) and a reduction in the share provided for development of National Highways. The Inland Waterways Authority of India (IWAI) has estimated that approximately Rs. 25,000 crores would be required for development of identified projects on NWs till 2022-23. An allocation of 2.5% of CRF proceeds would provide approximately Rs.2000 crore per annum for the development and maintenance of NWs at existing rates of duties funding the CRF.

What you need to know about Central Road Fund?

Cabinet approves setting up of new AIIMS in Kamrup, Assam

The Union Cabinet has given its approval for establishment of new AIIMS at Kamrup (North Guwahati Revenue circle). The cost of the project is Rs.1123 crore and it will be set up under the Pradhan Mantri Swasthya Suraksha Yojana (PMSSY). 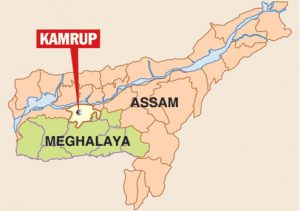 What you need to know about PMSSY?

The Pradhan Mantri Swasthya Suraksha Yojana (PMSSY) was announced in 2003 with objectives of correcting regional imbalances in the availability of affordable/ reliable tertiary healthcare services and also to augment facilities for quality medical education in the country.

The Union Cabinet has given its approval to the phasing out of Foreign Investment Promotion Board (FIPB). The proposal entails abolishing the FIPB and allowing administrative Ministries/Departments to process applications for FDI requiring government approval. Who will perform FIPB’s duties?

Henceforth, the work relating to processing of applications for FDI and approval of the Government thereon under the extant FDI Policy and FEMA, shall now be handled by the concerned Ministries/Departments in consultation with the Department of Industrial Policy & Promotion(DIPP), Ministry of Commerce, which will also issue the Standard Operating Procedure (SOP) for processing of applications and decision of the Government under the extant FDI policy.

With this, Foreign Investors will find India more attractive destination and this will result in more inflow of FDI. The move will provide ease of doing business and will help in promoting the principle of Maximum Governance and Minimum Government.

The Foreign Investment Promotion Board (FIPB), housed in the Department of Economic Affairs, Ministry of Finance, is an inter-ministerial body, responsible for processing of FDI proposals and making recommendations for Government approval.

FIPB comprises of the following Secretaries to the Government of India:

On what basis decisions on FDI are taken by the FIPB?

The extant FDI Policy, Press Notes and other related notified guidelines formulated by Department of Industrial Policy and Promotion (DIPP) in the Ministry of Commerce and Industry are the bases of the FIPB decisions.

Preference to ‘Make in India’ in Government procurements

The Union Cabinet has approved a policy for providing preference to ‘Make in India’ in government procurements. What you need to know about the new policy?

The Union Cabinet has approved the Joint Declaration of Intent (JDI) between Germany and India regarding cooperation in the sector of alternative medicine.

The signing of the JDl will enhance bilateral cooperation between the two countries in the areas of traditional/alternative medicine. Initiation of collaborative research, training and scientific capacity building in the field of alternative medicine under the JDI between the two countries would contribute to the enhanced employment opportunities in the AYUSH sector.

What you need to know about SP model?

Under the “Strategic Partnership” model, the government will shortlist and then pick Indian companies to join forces with foreign firms to supply fighter jets, helicopters, armoured vehicles and submarines. For each platform, one private sector strategic partner will be chosen.

Seen as a major initiative, the strategic partnership model aims to create a vibrant defence manufacturing ecosystem in the country through involvement of both the major Indian corporates as well as the MSME sector.