The Union Cabinet has given ex-post facto approval to Pan-India implementation of Maternity Benefit Program which now has been extended to all districts of the country. What you need to know about the Maternity Benefit Program?

The Maternity Benefit Program will provide compensation for the wage loss in terms of cash incentives so that the women can take adequate rest before and after delivery and not be deprived of proper nutrition.

Objective of the Scheme:

All eligible Pregnant Women and Lactating Mothers (PW&LM), excluding the Pregnant Women and Lactating Mothers who are in regular employment with the Central Government or State Government or Public Sector Undertakings or those who are in receipt of similar benefits under any law for the time being. It has been decided to give the benefit of Rs.5000/- to PW&LM in three installment for the birth of the first live child by MWCD and the remaining cash incentive as per approved norms towards Maternity Benefit under existing programmes after institutional delivery so that on an average, a woman will get ₹6000/-.

Significance of this scheme:

India’s maternal and infant mortality indicators are very poor. Every third woman is undernourished and every second woman is anaemic, government statistics show. An undernourished woman would likely give birth to a low-weight baby. As per the UN Millennium Development Goals Report 2014, India recorded the highest number of maternal deaths in the preceding year, and accounted for 17% of global deaths due to pregnancy- and childbirth-related complications (some 50,000 of 2.89 lakh such deaths worldwide).

The Union Cabinet has given its approval for amendment in Section 2 and Section 3 of the Public Premises (Eviction of Unauthorised Occupants) Act, 1971 (PPE Act, 1971), by inserting definition of ‘residential accommodation occupation’ in a new clause in section 2 of the Act and inserting provisions relating to eviction from ‘residential accommodation occupation’ in a new sub-section 3B below sub-section 3A of Section 3 of the Act. The amendment will facilitate smooth and speedy eviction of unauthorised occupants from government residences. The Amendment will enable the Estate officer to apply summary proceedings for evicting unauthorised occupants from residential accommodations allotted for a fixed tenure or for a period he/she holds office on the basis of an order of allotment on licence basis, as non-vacation of such residences leads to unavailability of houses to new incumbents.

The Government of India has to evict unauthorized occupants from Government accommodations under the provisions of PPE Act, 1971. However, the eviction proceedings take unusually long time, thereby reducing the availability of govt. accommodations to new incumbents.

The Cabinet Committee on Economic Affairs has given its approval for Industry-Academia Collaborative Mission for accelerating discovery research to early development for biopharmaceuticals – “Innovate in India (13) empowering biotech entrepreneurs & accelerating inclusive innovation” to be funded by the Government of India. The Mission will be implemented by Biotechnology Industry Research Assistance Council (BIRAC) – a Public Sector Undertaking of Department of Biotechnology (DBT).

In a significant decision to fast-track India’s domestic nuclear power programme, and give a push to country’s nuclear industry, the Union Cabinet has given its approval for construction of 10 units of India’s indigenous Pressurized Heavy Water Reactors (PHWR). 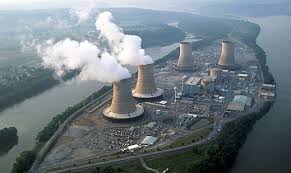 India has current installed nuclear power capacity of 6780 MW from 22 operational plants. Another 6700 MWs of nuclear power is expected to come onstream by 2021-22 through projects presently under construction.

The Union Cabinet has given its approval for the Multilateral Convention to Implement Tax Treaty Related Measures to Prevent Base Erosion and Profit Shifting.

What you need to know about the convention?

The Convention is an outcome of the OECD / G20 BEPS Project to tackle base erosion and profit shifting through tax planning strategies that exploit gaps and mismatches in tax rules to artificially shift profits to low or no-tax locations where there is little or no economic activity, resulting in little or no overall corporate tax being paid.

Signing of the Multilateral Convention will enable the application of BEPS outcomes through modification of existing tax treaties of India in a swift manner. It is also in India’s interest to ensure that all its treaty partners adopt the BEPS anti-abuse outcomes. Signing of the Convention will enable curbing of revenue loss through treaty abuse and base erosion and profit shifting strategies by ensuring that profits are taxed where substantive economic activities generating the profits are carried out and where value is created.

IB-like secrecy norms to be imposed on NTRO staff

National Technical Research Organisation (NTRO), the Central agency looking after technical surveillance, will now be bound by secrecy norms just like Intelligence Bureau (IB) and Research & Analyses Wing (RAW), with its staff restricted from speaking about the structure and functioning of the organisation. The inclusion of NTRO in the Schedule under the Intelligence Organisations (Restriction of Rights) Act, 1985 will inslulate it from answering queries under the Right to Information Act. The agency can decline RTI queries on its structure, functioning, personnel and organisation affairs by invoking Section 6 of the Act.

What you need to know about NTRO?

The NTRO was created after the 1999 Kargil conflict as a dedicated technical intelligence agency. It has been fighting tooth and nail to get included in the list as it has the right to lawfully intercept and monitor communications externally. It reports to the PMO and the NSA.