Insights into Editorial: Clamping down on crime 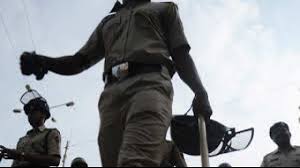 The Nirbhaya case and protests aftermath provide an occasion to examine certain fundamental assumptions about policing in India. It should be noted here that after the incident the Delhi police were blamed for failing to prevent such incidents. It is debatable whether the police alone were blameworthy here. Both the state and community at large have a role in shaping public safety, especially that of women and children.

The institution of police traces its origin to Kautilya’s Arthashastra, where he has described the genesis of the state and need to legitimise its authority through police as we know today.

Challenges faced by the police in the country:

Many apex organizations continue to have huge vacancies.

What’s the way out?

Considering learning as a healthy public exercise, India should adopt tried and tested strategies from across the world.

Capacity within the police should be improved. This may be through focused training to keep pace with the changing nature of crime and prevention techniques, or the creation of IT infrastructure for tracking cases to tackle delays due to mounting pendency. It will also require investment in management techniques, soft skills, new technology, and building of databases to allow for seamless access to information, among other heads.

There are, however, few features which make Indian police unique:

The 22 September, 2006 verdict of the Supreme Court in the Prakash Singh vs Union of India case was the landmark in the fight for police reforms in India. In its directions, the court had pulled together recommendations generated since 1979. They make up a scheme, which, if implemented holistically, will cure common problems that perpetuate poor police performance and unaccountable law enforcement.

The police’s perception of public safety and their own role here is changing, but only slowly. Many of us are impatient over the pace at which it is happening. We must realize that the Indian police is a behemoth and will respond faster only if there is constant pressure exerted on it by well-organised community leaders and the media.