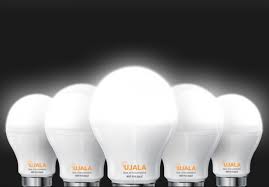 What you need to know about Ujala?

Ujala is globally one of the largest efficiency programmes and being run by Energy Efficiency Services Ltd, an energy services company promoted by Indian state-run power majors.

The second meeting of National Platform for Disaster Risk Reduction (NPDRR) is being held today. The meeting will be attended by over 1000 distinguished guests including Union Ministers, State Ministers, Parliamentarians, Heads of Local Self Government, Heads of specialized disaster management agencies, academicians, representatives from private sector organizations, media and civil society organizations.

What you need to know about NPDRR?

The NPDRR is a multi-stakeholders National Platform headed by the Union Home Minister and it promotes participatory decision making in disaster management, and strengthens federal policy of our country. It was set up through a resolution in 2013.

The National Platform aims to bring together the whole range of India’s disaster risk community from Government, Parliamentarians, Mayors, Media, International Organisations, NGOs, local community representatives, scientific and academic institutions and corporate businesses etc. It will help in sharing of experiences, views and ideas, present findings of research and action and explore opportunities for mutual cooperation in the field of Disaster Risk Reduction. The output from the National Platform will offer a strategic direction and a road map for the formulation of our future national action plans on DRR.

Functions of the national platform:

National Book Trust is planning to introduce a new element: a conference for the Indian diaspora. The trust has planned Beijing Book Fair in August, the Frankfurt Book Fair in October and Sharjah Book Fair in November as venues to host such meets.

Need for such conferences:

National Book Trust (NBT) is an autonomous body under the Ministry of Education of the Government of India. NBT now functions under aegis of Ministry of Human Resource Development.

India’s first Prime Minister Pt. Jawaharlal Nehru envisioned that NBT would be a bureaucracy-free structure that would publish low-cost books.

Ease of getting electricity in India

World Bank’s electricity accessibility ranking for the year 2016 has been released.

The ranking was based on ten parameters, including the ease of getting electricity. Some other parameters were: number of procedures involved, time taken to obtain a new connection, cost for obtaining a commercial connection (up to 140KVA), and reliability of power supply.

Some of the initiatives include:

Some of the administrative measures are: