The Union Cabinet chaired by the Prime Minister has given Ex-post facto approval for introduction of the following bills in the Parliament:

The Constitution Amendment Bill is for:

NCBC repeal Bill is for:

With a view to strengthening healthy democratic values in the country, the Central Government has decided to do away with beacons of all kinds atop all categories of vehicles in the country. States are also being stripped of their power to specify persons whose vehicles can use blue flashing lights. Amendments in this regard will be made in the Central Motor Vehicles Rules of 1989. A specific clause in Rule 108 of the 1989 regulations, which empowers the Centre and the States to designate some dignitaries as entitled to red lights on top of their vehicles, is being abolished. Its abolition would mean that neither the Centre nor the States would have any dignitary that governments can nominate for the usage of red beacons.

Beacons on vehicles are perceived symbols of VIP Culture, and the government believes they have no place in a democratic country.

Beacons, however, will be allowed on vehicles concerned with emergency and relief services, ambulance, fire service etc.

Several State agencies are implementing major infrastructure projects of national importance. These projects, even if viable and sound, have huge funding requirements and borrowing by the State Governments for such projects may exhaust their respective borrowing limits. Therefore, in order to accelerate the pace of investment in major infrastructure projects in the country without compromising the need for external assistance for other sectors, this enabling provision in the existing guidelines was considered necessary to facilitate direct borrowing by the State Government entities from bilateral external agencies.

Presently, external development assistance from bilateral and multilateral sources is received by the Government of India:

The existing guidelines do not allow direct borrowings by the State Government entities from external agencies.

A frog’s mucus could treat flu

Researchers have found that skin mucus secreted by a colourful, tennis ball-sized frog species- Hydrophylax bahuvistara, found in Kerala can be used to develop an anti-viral drug that can treat various strains of flu. 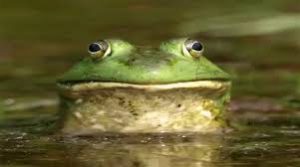 The stalled consultation process for the BCIM (Bangladesh, China, India, Myanmar) Economic Corridor is set to resume, with officials and scholars from the four countries shortly meeting in Kolkata after a gap of more than two-and-half years. The last meeting of the Joint Study Group (JSG), which has government sanction, was held at Cox’s Bazaar in Bangladesh in December 2014.

The idea of creating a corridor of regional integrity was first floated in 1999 but there has been little progress in implementing the grand plan.

Officially, China and India say the process of finalising the BCIM is not easy because of several reasons, including the restive nature of the region the planned corridor will pass through. Privately, diplomats and bureaucrats from the two countries blame each other for the tardy progress.

The BCIM economic corridor hopes to connect Kolkata with Kunming, capital of the Yunnan province. It envisages formation of a thriving economic belt, focusing on cross-border transport, energy and telecommunication networks.

Starting from Kunming, the route passes through nodal points, such as Mandalay and Lashio in Myanmar. It heads towards Kolkata after passing through Manipur and Silchar, before crossing Bangladesh via Sylhet and Dhaka, with branches extending to the ports of Cox Bazar and Chittagong.

India’s first satellite – Aryabhata – was launched successfully by a Russian rocket on 19th April 42 years ago in 1975, taking the country on an exciting space odyssey as far as the Moon and the Mars. Aryabhata is the first Indian spacecraft that was also built in the country. Named after the 5th century astronomer, the experimental spacecraft did not last its design life of six months in space. But this kick-started the Indian capability to build satellites solidly on track.

Video gaming to be featured at 2022 Asian Games: