Hills sizzle at 8°C above normal

So far, this summer, the maximum temperature surges were recorded in hill-station favourites Kullu in Himachal Pradesh and Mukteshwar in Uttarakhand according to IMD. According to figures on the India Meteorological Department (IMD) website, these towns recorded 32°C and 27.2°C — a searing eight degrees above normal for the last week of March. The IMD had already warned of summer temperatures being higher than normal in February and “above normal” temperatures in Himachal Pradesh, Uttarakhand, Jammu and Kashmir.

Factors behind the high temperature in the North:

The high temperatures in the north are due to a confluence of weather conditions such dry south-westerly winds from Gujarat blowing to the north and approaching Western Disturbances (a storm from the Mediterranean that brings rain to north and northwest India). These are coupled with an anticyclone, a clockwise spiraling of air that pulls in more warm air flowing in from the south-west.

The stamp of global warming is evident in this year’s searing March. When the average temperatures are rising every year, there will be more incidents of extreme temperature. The IMD is already in the process of informing States to put in place comprehensive heat action plans to prepare for the summer.

India has signed its first loan agreement with the New Development Bank (NDB) for $350 million to be used in the development and upgradation of district roads in Madhya Pradesh. It is a multilateral development bank operated by the BRICS states (Brazil, Russia, India, China and South Africa). It is seen as an alternative to the existing US-dominated World Bank and International Monetary Fund.

The Centre has announced a list of routes awarded to five airlines which will operate flights under its regional connectivity scheme, named UDAN (Ude Desh ka Aam Naagrik). 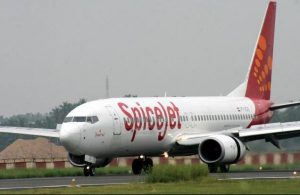 With this, the passengers will be able to fly on as many as 128 routes connecting 70 big and small airports across the country by paying ₹2,500 for an hour’s flight.

As per the scheme, the Centre will subsidise the losses incurred by airlines flying out of dormant airports to help airlines charge ₹2,500 for an hour’s flight to passengers.

80% of the subsidy will be collected by charging a levy of up to ₹8,500 on each departing flight of domestic airlines and the rest 20% will come from the respective State governments.

Government will provide subsidy to airlines for first three years of operations when they will have exclusive flying rights on the selected routes. Once the market gets jump started, it will operate on a commercial basis as per market forces of supply and demand.

Scientists at the Geological Survey of India (GSI) have discovered, for the first time, “significant incidences” of gold associated with copper mineralisation in parts of Rudraprayag district of Uttarakhand.

Regions where the gold has been found:

According to the report, the regions bearing gold are best exposed around Rudraprayag town in the Mandakini river valley. Panning of stream sediments of Alaknanda and Mandakini rivers in Sumerpur-Ratura, Sari and Jugtoli areas also revealed a few visible gold flakes.

This part of Uttarakhand where significant incidences of gold has been discovered is in what is known as the “Lesser Himalaya” that is sandwiched, in the north, by the Main Central Thrust — the major geological fault where the Indian Plate has been pushed under the Eurasian Plate along the Himalaya — and in the south by North Almora Thrust.

This finding on the occurrence of gold in alluvial deposits — also called placer gold — around Rudraprayag is indicative “of some probable potential auriferous (gold-bearing) zone” towards the northern part of the region.

According to the GSI, gold is currently produced from three mines — Hutti, Uti and Hirabuddni in Karnataka — and, as a by-product, from the base metal sulphide deposits of Khetri in Rajasthan and Mosabani, Singhbhum, and Kundrekocha in Jharkhand.

Apart from the gold mines in the above-mentioned areas, some gold, although very small in quantity, is collected by “panning” from the sand and gravel of several rivers, including the Subarnarekha in Jharkhand and the Ambankadava Puzha and Chabiyar Puzha in Kerala.

The Comptroller and Auditor General (CAG) has protested with the finance ministry against the Goods and Services Tax Network (GSTN), a special purpose vehicle majority owned by private companies, refusing to give access to taxpayers data on its network for scrutiny and audit. The GSTN is a private limited company floated to aid the rollout of the new indirect tax regime. The company will provide information technology support to all stakeholders for smooth implementation of the new taxation regime across the country and will be the repository of all information related to taxation and entities registered under GST.

The majority (51%) shareholding in the firm is with private entities including HDFC Bank, ICICI Bank and LIC among others. The central government, jointly with state governments and Union Territories, own 49% in the company.

Why GSTN has refused to give information?

GSTN has refused to allow the CAG on the ground that it was a non-government company and the auditor could not exercise the same rights as applicable for public enterprises.

The GSTN also argued that it was just a “pass through portal” and that the CAG must approach the Central Board of Excise and Customs and states which would have original data filed by taxpayers.

Rejecting GSTN’s contention, CAG has said the source of all taxpayers’ data in the GST regime would be with GSTN, ‘being the primary location’ where the data is created. It is from here that the data is selectively pushed to CBEC and states. It is therefore essential for the CAG to access the data lying at the primary source for performing its constitutional mandate.

The CAG also contended that the government had “strategic control” in GSTN irrespective of the shareholding pattern. The SPV is performing a part of the statutory function pertaining to revenue collection on behalf of the Centre and states and it could not refuse to give access to information to the auditor.

CAG has requested the Finance ministry to ensure that it gets access to data maintained on the GSTN portal as well as to its application software, the modalities of which could be worked out later.