The ministry of Information and Broadcasting has launched an Online Film Certification System- or E-Cinepramaan. This is aimed at enhancing ease of doing business in the country. The objective is to eliminate the need for human interface to the extent possible. 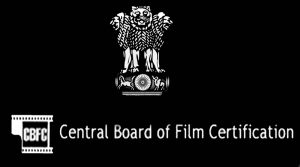 The Salient features of the online film certification system are as follows:

Automation is the new normal in sectors like engineering, manufacturing, automobiles, IT and banking. As automation adoption increases, all high transaction and labour intensive jobs will take a hit. Experts say, this will affect the bottom of the pyramid so much so that four out of every 10 jobs globally would be lost due to this by 2021. Automation will not take away all the jobs because you still need someone to build and monitor the robots. So, while jobs mostly at the bottom of pyramid will be affected, new jobs will get added.

However, to cater to this fallout, government needs to focus on two key areas:

The Supreme Court has asked automobile companies not to frustrate the government’s initiative to check increasing levels of pollution by selling BS-III vehicles which they are holding in stock. Companies have been seeking permission to sell their existing stock of BS-III vehicles even after Bharat Stage-IV emission norms come into force from April 1. The motor companies are holding a stock of 8,24,275 BS-III vehicles, which includes 96,724 commercial vehicles, 6,71,308 two-wheelers, 40,048 three-wheelers and 16,198 cars.

The Supreme Court, which is hearing pleas of automobile manufacturers, indicated that either it will ban registration of such vehicles or impose costs to compensate for the health hazards created by pollution.

The Centre has come out in support of auto manufacturers and urged the Supreme Court to allow the companies to sell their existing stock of BS-III vehicles even after Bharat Stage-IV emission norms come into force from April 1.

The government has argued for the case on the following grounds: The Parliament has passed the ‘Mental Healthcare Bill’ in the Lok Sabha that decriminalizes suicide attempt by mentally ill people and provides services for people with mental illness.

Aim: The bill aims to provide for mental healthcare and services for persons with mental illness and ensure these persons have the right to live a life with dignity by not being discriminated against or harassed.

The Bill defines “mental illness” as a substantial disorder of thinking, mood, perception, orientation or memory that grossly impairs judgment, behaviour, capacity to recognise reality or ability to meet the ordinary demands of life, mental conditions associated with the abuse of alcohol and drugs, but does not include mental retardation which is a condition of arrested or incomplete development of mind of a person, specially characterised by subnormality of intelligence.

Mental illness shall be determined in accordance with such nationally or internationally accepted medical standards.

Rights of persons with mental illness: This provision states that every person will have the right to access mental healthcare from services which are operated or funded by the government. It also includes good quality, easy and affordable access to services. It also provides for the right to equality of treatment, seeks to protect such persons from inhuman treatment, access to free legal services, their medical records, and the right to complain in the event of regarding deficiencies in provisions.

Advance Directive: This provision empowers a mentally-ill person to have the right to make an advance directive that explains how she/he wants to be treated for the requisite illness and who her/his nominated representative shall be. This directive has to be vetted by a medical practitioner.

Mental Health Establishments: This provision states that every mental health establishment has to be registered with the respective Central or State Mental Health Authority. For registration, the concerned establishment needs to fulfill different criteria as mentioned in the Bill.

Procedures: The bill also outlines the procedure and process for admission, treatment and subsequent discharge of mentally ill persons.

Mental Health Review Commission and Board: This is a quasi-judicial body responsible for reviewing procedure for making advance directives. It will also advise the government on the protection of mentally ill persons’ rights. It further states that the body in agreement with the state governments constitute Mental Health Review Boards in states’ districts.

Decriminalising suicide and prohibiting electro-convulsive therapy: The most notable of all is this provision effectively decriminalises suicide attempt under the Indian Penal Code by mentally ill persons by making it non-punishable. Electro-convulsive therapy, which is allowed only with the use of anaesthesia, is however out of bounds for minors.

India is a signatory to the Convention on the Rights of Persons with Disabilities, an international human rights treaty of the United Nations. Around 6-7% of India’s population suffers from some kind of mental illnesses.

‘Triple talaq not in SC purview’

The All India Muslim Personal Law Board (AIMPLB) recently told the Supreme Court that the court had no jurisdiction to hear petition challenging the practices of triple talaq, nikah halala and polygamy. The Board said the validity of Mohammedan Law, founded essentially on the Koran and sources based on it, could not be tested on the particular provisions of the Constitution.

It said, the petitions, filed by a plethora of Muslim women against the practices, were misconceived. The preamble of the Constitution clearly enshrines values of liberty of thought, expression, belief, faith and worship,” the AIMPLB argued in an affidavit filed before the court.

The government had earlier opposed the AIMPLB stand in court that triple talaq was intended to save the family from delayed justice in conventional courts and to avoid mud-slinging in public.

The Muslim body has called for judicial restraint as the issues in the petitions before the court fell within the legislative domain.

Sources: the hindu, times of india

Reminding the government that it is a ‘welfare state’ meant to protect all without causing harm to none, the Supreme Court has asked the Centre to come up with alternatives to pellet guns used by security forces against agitators and stone-pelting mobs on the streets of Jammu and Kashmir. In December 2016, the Supreme Court sought a similar assurance from the Jammu and Kashmir government to avoid the “indiscriminate” use of pellet guns on protesters in the restive State.

The court’s recent reservations about the use of pellet guns without “proper application of mind” came while hearing a petition filed by the Jammu and Kashmir High Court Bar Association.

What are pellet guns?

They are a form of non-lethal crowd control methods used by police and military worldwide. The other popular methods are tear gas, water cannon, pepper spray, taser guns etc. Pellet guns are also popular in hunting and pest control.

What are they intended for?

Pellets guns are intended to injure individuals and cause pain. They are effective over short ranges up to 500 yards but when fired from close quarters can be lethal, particularly when sensitive parts like eyes are hit. Pellets can penetrate soft tissues.

Pellet guns are manufactured at the Ordinance Factory, Ishapore.

China has nominated Tai Chi, a form of ancient martial art, for inclusion in the UNESCO List of Intangible Cultural Heritage.