Fair trade regulator Competition Commission of India (CCI) has imposed a penalty of₹591.01 crore upon Coal India Limited (CIL) on finding that CIL and its subsidiaries violated the Competition Act by imposing unfair and discriminatory conditions in Fuel Supply Agreements (FSAs) with power producers for supply of non-coking coal.

The Competition Act, 2002 prohibits anti-competitive agreements, abuse of dominant position by enterprises and regulates combinations (acquisition, acquiring of control and Merger and acquisition), which causes or likely to cause an appreciable adverse effect on competition within India. The report, developed in collaboration with Accenture Strategy, ranked 127 countries based on their ability to provide energy across three dimensions of the ‘energy triangle’. 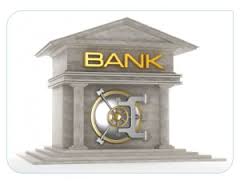 The Finance Ministry has written to 10 public sector banks making it clear that the lenders would only get further capital infusion once they submit a time-bound turnaround plan.

The government’s move to crack the whip on lenders comes after some banks reported losses in financial year 2015-16 as well as for the nine-month period of the current financial year. Bad loans zoomed following the Reserve Bank of India’s asset quality review, which required banks to classify many accounts identified by the banking regulator as ‘bad’.

In its financial stability report, RBI had said banks may remain risk averse in the near future as they clean up their balance sheets and their capital position may remain insufficient to support higher credit growth. According to RBI data, gross non-performing assets of commercial banks increased to 9.1% of their gross advances as of September 2016, from 5.1% a year earlier. Public sector banks share a disproportionate burden of this stress.

The Centre, which has mandated State Bank of India’s merchant banking arm SBI Caps to vet each bank’s plan, had recently written to the state-owned lenders stipulating that they would each have to sign a Memorandum of Understanding (MoU) with the government, agreeing to stick to the turnaround plan. Now, the government wants 10 public sector banks to turn around in the next three years.

In 2015, under the Indradhanush plan, the government had announced capital infusion of ₹70,000 crore in public sector banks for four years, starting from 2015-16. In the first two financial years, ₹25,000 crore had been earmarked per year with ₹10,000 crore to be disbursed in each of the remaining two years. However, credit rating agencies had pointed out that the sum was insufficient as banks needed to meet Basel-III norms as well as make provisions for rising bad loans. 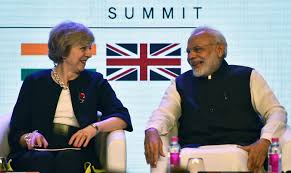 India’s request for extradition of industrialist Vijay Mallya, who has been declared a proclaimed offender, has been certified by UK secretary of state.

While handing over the request, India had asserted that it has a “legitimate” case against Mallya and maintained that if an extradition request is honoured, it would show British “sensitivity towards our concerns”. Earlier in January this year, a CBI court had issued a non-bailable warrant against Mallya in the Rs 720-crore IDBI Bank loan default case.

Extradition refers to the surrender of a criminal to one country by another. The process of extradition is regulated by treaties between the two countries. Extradition is important because it helps to maintain the sanctity of the penal code of one country or territory. The penal code says that it shouldn’t apply its criminal law to a person who committed an offence outside its territories except when the crime is related to the country’s national interest.

What are the internationally accepted conditions for extradition?

ICHR to study if Ram Setu is man-made

The Indian Council of Historical Research (ICHR) is set to undertake an archaeological exploration to find out whether the Ram Setu is a natural or man-made phenomenon. The bridge between the coasts of Tamil Nadu and Sri Lanka has been at the centre of controversy since the Sethusamudram shipping canal project was planned, requiring dredging in the area. It is a 30-km-long stretch of limestone shoals that runs from Pamban Island near Rameshwaram in South India to Mannar Island off the northern coast of Sri Lanka.

Depending on the success of the project and the material gathered, a decision on further exploration will be taken by ICHR. A group of 15-20 research scholars will be selected across the country and will be trained to conduct the research. The Animal Welfare Board of India (AWBI), a statutory advisory body under the Union Ministry of Environment, Forests and Climate Change (MoEF), will now be permanently chaired by a senior MoEF official, according to a notification made public by the government.

In its 55-year history the organisation has always been chaired by somebody outside government, such as veterinarians, animal welfare activists or retired judges. This is the first time that a government official is chairing the body.

About Animal Welfare Board:

The Animal Welfare Board of India was established in 1962 under Section 4 of The Prevention of Cruelty to Animals Act, 1960.