National Commission for Schedule Tribes (NCST) has approved the proposal for five additional seat for tribals in Sikkim assembly. 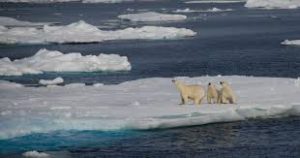 According to a study conducted by scientists, the sea ice cover in the Arctic and the Antarctic has hit new record lows for this time of year, marking the smallest polar ice caps in the 38-year satellite record.

The ice floating in the Arctic Ocean grows and shrinks on a seasonal cycle, reaching its largest size in March and its smallest at the end of the summer melt in September. However, this march the ice cover reached “a record low wintertime maximum extent.” This year’s Arctic maximum spanned 14.42 million sq.km. That is 95,829 sq.km. below the previous record low in 2015. When scientists take account of the average sea ice extent for 1981-2010, this year’s ice cover is 12,19,884 sq.km. smaller. The Arctic sea ice maximum has dropped by an average of 2.8% per decade since 1979.

Besides, sea ice around Antarctica has also hit its lowest extent ever recorded by satellites in the Southern Hemisphere. In the Antarctic, this year’s record low annual sea ice minimum was 21,10,840 sq.km. That was 1,83,889 sq.km. below the previous lowest minimum extent in the satellite record, which occurred in 1997.

The disappearing sea ice comes as the planet has marked three years in a row of record-breaking heat, raising new concerns about the accelerating pace of global warming and the need to curb burning of fossil fuels which spew heat-trapping greenhouse gasses into the atmosphere.

Jobs impact of ‘Make In India’ under review The Centre is working on a ‘compliance report” of its flagship ‘Make In India’ (MII) initiative that attempts to transform India into a global design and manufacturing hub as well as generate large-scale employment.

The MII initiative covers 25 focus sectors ranging from automobiles to wellness. At a national workshop held in December 2014 on these 25 sectors, an Action Plan was finalised with the help of Secretaries to the Indian Government as well as industry leaders. The ‘MII Action Plan’ had set short-term (one year) and medium-term (three years) targets “to boost investments in the 25 sectors” and to “raise the contribution of the manufacturing sector to 25% of the GDP by 2020.”

Recently, the Parliamentary Standing Committee on Commerce wanted an assessment to be done on how the MII initiative has helped the country’s micro, small and medium enterprises.

As per the National Manufacturing Policy, “the share of manufacturing in India’s GDP has stagnated at 15%-16% since 1980 while the share of comparable economies in Asia is much higher at 25%-34%.”

According to the India Brand Equity Foundation (IBEF), “India’s manufacturing sector has the potential to touch $1 trillion by 2025. There is potential for the sector to account for 25-30% of the country’s GDP and create up to 90 million domestic jobs by 2025.”

Manufacturing growth in the country has to become robust. However, the manufacturing sector has grown only by an average of 1.6% in the last five years till 2015-16. Appropriate measures should be taken to revive the growth. 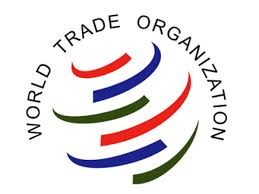 India has asked WTO to expedite the negotiation process for a global services pact, that among other things, aims to ease norms for movement of skilled workers across borders.

India had, in February, submitted to the World Trade Organisation (WTO) a legally-vetted proposal for a Trade Facilitation in Services (TFS) Agreement. The proposal was taken up by an expert committee at the WTO headquarters in Geneva recently, and it will be considered for discussion by all the WTO members.

The proposed pact is similar to the WTO’s Trade Facilitation Agreement (TFA) in Goods, that recently came into force, and aims to ease customs norms to boost global goods trade.

The National Company Law Tribunal (NCLT) has approved the metals and mining firm Vedanta’s merger with its cash-rich oil subsidiary Cairn India, paving the way for the formation of the fourth-largest resource company in the world after BHP Billiton, RioTinto and Glencore Plc.

The Central government has urged the Supreme Court to provide the necessary leadership for expeditious and effective resolution of commercial disputes in Delhi and Mumbai lower courts, through e-filing and e-service of summons and adherence to time lines.

The Supreme Court could provide the necessary leadership for the proper implementation of the existing provisions of the Civil Procedure Code relating to the grant of adjournments, adherence to time lines and electronic filing and electronic service of summons in city courts of Delhi (11) and Mumbai (60) immediately.

Doing so will go a long way in providing timely and effective enforcement of contracts and this will undoubtedly ensure a marked improvement in our ranking.

The government has accorded high priority to improving the ease of doing business and making India a favourable investment destination for the domestic as well as global investors. Efficient and effective delivery of justice play a key role.

Ease of doing business in India:

The World Bank publishes a report on “Doing Business” on annual basis, which compares the business regulations across 190 economies. As per the report published by the World Bank in September 2016, India’s overall ranking improved from 131 in 2016 to 130 in 2017. The overall ranking is an average of the various sub-indicators on the basis of which the countries have been ranked. These sub-indicators include the time taken to start a business, time taken to get construction permits, paying taxes and enforcing contracts.

The “Enforcing Contract” indicator in the report measures the time and cost for resolving a standardised commercial dispute through a local court of first instance, which for the purpose of the ranking is the Delhi district court and Mumbai city civil court as of now. The government has moved several amendments to the Finance Bill of 2017. In a significant change to electoral funding norms, corporate donations to political parties will no longer face any ceiling linked to firms’ profitability and companies will no longer be obliged to inform their shareholders which party’s coffers they contribute to.

As of now, companies can only contribute up to 7.5% of their average net profits in the past three financial years to political parties. Moreover, they are required to disclose the amount of contributions made and the names of the political parties to which they were made, in their profit and loss accounts.

A bill in this regard will be proposed. The bill to be introduced in Parliament proposes:

Sources: The Hindu, Times of India