The Union Cabinet has approved the following proposals with regard to the Fund of Funds of Start-ups (FFS) which was established in June, last year with a corpus of Rs. 1,000 crores. 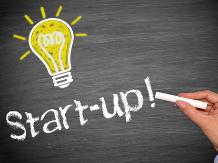 The Union Cabinet in 2016 had approved the proposal to establish a Fund of Funds for Start-ups (FFS) with a total corpus of Rs.10000 crore, with contribution spread over the 14th & 15th Finance Commission cycles based on progress of implementation and availability of funds. It was decided that the FFS shall contribute to the corpus of Alternative Investment Funds (AIFs) for investing in equity and equity linked instruments of various start-ups at early stage, seed stage and growth stages.

Amendment to ‘The Right of Children to Free and Compulsory Education Act, 2009’

The Union Cabinet has approved the amendment to Right of Children to Free and Compulsory Education (RTE) Act, 2009.

The Right of Children to Free and Compulsory Education (RTE) Act, 2009, is effective from 1st April, 2010. It envisages free and compulsory elementary education to every child in the age group of 6-14 years.

The Proviso to Section 23(2) of the Act specifies that all teachers at elementary level who, at the commencement of this Act, did not possess the minimum qualifications as laid down under the RTE Act, need to acquire these within a period of five years i.e., 31st March, 2015. However, several State governments have reported that out of a total number of 66.41 lakh teachers at the elementary level, 11.00 lakh are still untrained (of this, 5.12 lakh are in Government and Aided Schools and 5.98 lakh are in private schools).

World Water Day is being observed globally today (22nd March). It is to mark the importance of water to human civilisation and nature.

The United Nations organisation sets a theme each year. Theme this year: wastewater.

World Water Day is part of a global mission to get safer water for all. It’s a day for people to learn, get involved and take action.

The United Nations General Assembly designated March 22 as World Water Day in 1993 following a resolution taken in Rio, Brazil in 1992. This is the 24th year, and it’s organised by UN Water in collaboration with governments and partners.

The National Bank for Agriculture and Rural Development (NABARD) has decided to launch a major Water Campaign during the current year, covering around one lakh villages in vulnerable/ water stressed areas and more specifically, where the ground water is over-exploited. It Serves as an apex financing agency for the institutions providing investment and production credit for promoting the various developmental activities in rural areas.

Typically, the terms of service of such tribunal heads and members are enshrined in the laws. The chairpersons and members of tribunals that are being wound up, will receive three months pay and allowances for the premature termination of their tenure, even as the Finance Bill makes significant changes in the terms of service and rules for appointments of such members and chairpersons in the tribunals that will continue to operate.

Indigenously developed hypersonic wind tunnel and shock tunnel, the third largest in terms of size and simulation capability in the world, have been commissioned at the Vikram Sarabhai Space Centre (VSSC).

A wind tunnel is used to study the effects of air flowing past a solid object—in ISRO’s case, space vehicles. With the space agency lining up big missions like the ‘Reusable Launch Vehicle’ (RLV), ‘Two Stage to Orbit’ (TSTO) rockets, air breathing propulsion systems, and the human space flight programme for the future, the aero-thermodynamic modelling of such vehicles in a hypersonic environment is vital for optimal designs.

Commissioning of such facilities would provide adequate data for design and development of current and future Space transportation systems in the country.  The commissioning of the facility also symbolises the country’s capability in establishing such world class facilities wherein technology from outside is restricted or not available.

The need for wind tunnels and shock tunnels:

The Centre is contemplating an institutional mechanism to improve safety in India’s 5300-odd dams. The new law, which has been vetted by the Union Law Ministry and will now go to the Union Cabinet for approval.

Need for the new law: