Insights into Editorial: All those who are out of the tax net

The Finance Minister, Arun Jaitley, made a sweeping statement in his Budget speech this year claiming that India is “a tax non-compliant society and too many people evade taxes”. 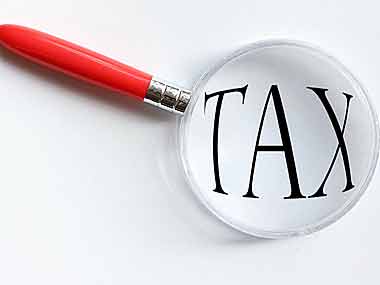 What the stats say?

Of nearly 127 crore Indians, only 2.6 crore pay income tax. The fact that less than 3% of Indians pay income tax is automatically construed to imply that a large majority avoid paying income tax. It is also said that most Indians under-report their incomes.

The perception that India is a land of tax avoiders and black money hoarders was first mooted by former Finance Minister P. Chidambaram who, in his 2013-14 Budget speech, emphatically asserted that “only 42,800 persons admitted to an income of more than Rs.1 crore per year”. The insinuation was that there is massive under-reporting of income.

Is it true that most Indians evade taxes?

India’s per capita GDP is roughly ₹1 lakh, i.e. the average Indian earns a lakh of rupees every year. Given India’s large income inequality, it can also be inferred that when the average income is ₹1 lakh, a greater majority of Indians earn less than ₹1 lakh while a small number at the top earn large amounts. However, the income tax exemption threshold in India is ₹2.5 lakh, i.e. anyone earning below ₹2.5 lakh need not pay income tax. This implies that only those who earn more than 2.5 times the average income of ₹1 lakh will fall under the tax bracket.

Thus, when a majority of Indians earn less than ₹1 lakh, an income tax exemption threshold of ₹2.5 lakh is sure to leave a vast majority out of the tax bracket. We also know from recent research by the National Sample Survey Office (NSSO) and Peoples Research on India’s Consumer Economy (PRICE) that the average income of the richest 20% of Indians is ₹95,000. This means that even a large majority of the richest 20% of Indians do not qualify to pay income taxes.

In this context, it is not entirely surprising that only 3% of Indians pay tax. This is not a function of a large number of Indians avoiding tax, as portrayed, but merely a reflection of the fact that India is a terribly poor country with an extremely high income tax exemption threshold.

India has increased the income tax exemption threshold on seven occasions, from ₹40,000 to ₹2.5 lakh in the last two decades. India is the only large economy with an income tax exemption threshold that is 2.5 times the average national per capita income. In most countries, including in emerging economies such as China, Brazil and Argentina, anyone earning more than half the average national income falls under the income tax bracket.

If India lowers its income tax exemption to, say, ₹1 lakh from the current ₹2.5 lakh to be more in line with the rest of the world, nearly 1.5 crore more Indians will fall under the tax bracket. However, such a move will not fetch any meaningful extra tax revenues for the government but will merely bring more people into the tax bracket. It is thus misleading and specious to conclude that India’s small number of taxpayers is entirely a result of some genetic and cultural trait of dishonesty of Indian society at large.

Is it true that most Indians are underreporting their incomes?

However, the above argument does not imply that there is no tax evasion in India. It says that the number of Indians paying income tax or earning high incomes is not nearly as outlandishly small as claimed. Casting aspersions on all of Indian society solely on the basis of the small number of taxpayers is plain egregious. The proclamation that India is a tax non-compliant society can be true only if India is much richer than her GDP numbers reveal and is merely hiding behind a veil of feigned poverty.