India-CERT Signs an MoU with US-CERT

India and the US have signed a Memorandum of Understanding (MoU) for close cooperation and exchange of information pertaining to cyber security. The MoU was signed between Indian Computer Emergency Response Team (CERT-In) and US CERT.

Earlier United States and India signed an MoU in July, 2011 to promote a closer cooperation and timely exchange of information between the organizations of their respective Governments responsible for Cyber Security. Since, 2011 regular interactions between CERT-In and US CERT are taking place to share the information and discuss cyber security related issues. In continuation to the cooperation in cyber security areas both have renewed the MOU.

According to an analysis of 2015 data by Greenpeace India, pollution levels in various cities across the country ae alarming.

Ranking of the cities:

Using data from various State pollution control boards, accessed from their websites and through RTI queries, the report ranked the cities based on the annual average of PM10, which are all particles less than 10 microns in diameter. These include the very harmful fine particles, PM2.5.

The National Green Tribunal has directed the Centre to test cosmetic products containing microbeads after a plea sought a ban on their use on the ground they are extremely dangerous for aquatic life and environment.

The order came on a petition seeking a complete ban on the use of microbeads in the manufacture, import and sale of various cosmetics or personal care products. The petitioner also argued that the unregulated production and usage of plastic in microbeads in various cosmetic products and their excessive usage by the end user is leading to water pollution across the globe.

Microbeads are tiny plastic substances measuring less than five millimetres that act as exfoliators (agents which remove dead cells) on skin and teeth when used in soap, toothpaste and other products. Many brands manufacturing beauty products use microbeads.

Over 299 million tonnes of plastic was produced worldwide in 2013 some of which made its way to oceans, costing approximately $13 billion per year in environmental damage to marine ecosystems, says a June 2015 report by the United Nations Environmental Programme that investigated the possible harm by microbeads/microplastics.

The Madras high court has clarified that certificate issued by chief kazi for triple talaq is only an opinion and has no legal sanction under the Kazis Act, 1880. The court also said pending consideration by the Muslim Personal Law Board, no certificate in respect of talaq would be issued by the chief kazi.

The order came on a public interest litigation petition seeking to declare that Kazis in India, particularly Tamil Nadu, were not empowered to certify talaq.

What the petitioner says?

Scientists have found a new plate boundary being formed on the floor of the Indian Ocean as a result of the largest earthquake that shook the Andaman-Sumatra region in 2012. Scientists warn that the new fault system could trigger more quakes in the future.

How this plate boundary may have been formed?

A slip-strike quake occurs when two plates slide horizontally against one another. Such quakes can be caused by deformations that occur in plates distant from fault lines as pressure builds up across a plate. They can lead to inter-plate earthquakes and cause a plate to break, resulting in a new boundary and this in turn can lead to even more quakes. It is this scenario that the researchers believe happened in 2012 when two earthquakes struck the Andaman-Sumatran regio (north-west part) of the Indian Ocean — the largest inter-plate earthquakes ever recorded.

Measles-rubella vaccine to roll out in February

Three years after the national vaccine advisory body recommended the introduction of the measles-rubella vaccine (MR) in the Universal Immunisation Programme (UIP), the vaccine is all set to be introduced from next month in five states and Union territories as a part of the basket of preventive medications that every child born in India is entitled to. 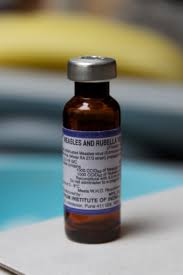 Rubella, or German measles, is a contagious viral infection that causes a distinctive red rash. Though there are no statistics on its prevalence, the health ministry says the disease is endemic in India.