As a step towards fulfilment of the Government of India’s target for installation of 40 GW rooftop solar power plants by the year 2022, Solar Energy Corporation of India (SECI) has launched a tender of 1000 MW capacity for development of grid-connected rooftop solar capacity for Central Government Ministries/Departments. Solar Energy Corporation of India (SECI) is a company of the Indian Ministry of New and Renewable Energy, established to facilitate the implementation of Jawaharlal Nehru National Solar Mission.

Expressing concern over the practice of wrapping, covering or processing foods with newspaper and printed recycled paper materials in India, Ministry of Health and Family Welfare has directed The Food Safety and Standards Authority of India (FSSAI) to issue an advisory restricting the use of newspapers as food packaging material.

Use of newspapers for wrapping, packing and serving food is a common practice in India. However, this is a food safety hazard. Wrapping food in newspapers is an unhealthy practice and the consumption of such food is injurious to health, even if the food has been cooked hygienically. Indians are being slowly poisoned due to newspaper being widely used as food packaging material by small hotels, vendors and also in homes in lieu of absorbent paper.

Why restrict the use of newspaper as food packaging material?

Newspapers and even paper/ cardboard boxes made of recycled paper may be contaminated with metallic contaminants, mineral oils and harmful chemicals like phthalates which can cause digestive problems and also lead to severe toxicity.

Older people, teenagers, children and people with compromised vital organs and immune systems are at a greater risk of acquiring cancer-related health complications, if they are exposed to food packed in such material.

India has notified the World Trade Organisation (WTO) on the subsidies it pays fisherfolk amid demands from a U.S.-led group of nations for a ban on subsidies given for illegal, unregulated and unreported (IUU) fishing.

‘Fishery subsidy schemes’ at the Central, state and union territory-levels in India provided for subsidies worth Rs.284 crore in 2014-15. Tamil Nadu received the highest subsidy with Rs.169.3 crore (of which about Rs.148 crore is in the fuel category) in 2014-15. India argues that with such schemes it aims to “protect and secure the livelihood of traditional and poor fishing communities.”

According to the UN Food and Agriculture Organisation’s ‘State of World Fisheries and Aquaculture,’ almost a third of commercial fish stocks are now fished at biologically unsustainable levels, triple the level of 1974.

Why India is opposed to this move?

India has expressed apprehensions that the demand for a ban on subsidies for IUU fishing could lead to prohibition even on fishing that could be termed non-IUU. This could, in turn, harm the interests of lakhs of subsistence fisherfolk in poor and developing nations.

Also, currently there is no unanimity among WTO members on what constitutes IUU fishing. Several countries, including India, are wary about agreeing to stringent norms on this aspect due to its possible impact on the livelihood of millions of workers in the fisheries sector.

The government has decided to print banknotes based on a plastic or polymer substrate in order to make counterfeiting them more difficult. 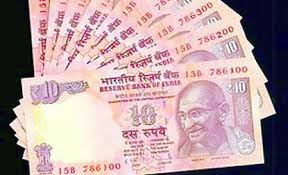 The Reserve Bank for long has been planning to launch plastic currency note after field trials. Such notes were first introduced in Australia to safeguard against counterfeiting.

In February 2014, the government had informed Parliament that one billion plastic notes of Rs 10 denomination would be introduced in a field trial in five cities selected for their geographical and climatic diversity. The selected cities were Kochi, Mysore, Jaipur, Shimla and Bhubaneswar.

Plastic notes have an average life span of about five years and are difficult to imitate. Also, currency notes made of plastic are cleaner than paper ones.

Disabled children miss out due to lack of support services: Report

The 2016 India Social Development Report (SDR) has been published. Theme this year is ‘Disabilities Rights Perspectives’.

The report has called upon the State governments to ensure availability of minimum support such as accommodation, assistive devices and transport for the disabled children to complete their schooling.