A high-powered committee led by Mihir Shah submitted its report recently to PMO. The report was titled “A 21st Century Institutional Architecture for India’s Water Reforms: Restructuring the CWC and CGWB”. 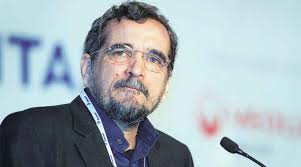 Why is an overhaul of water management required:

The commission report recommended that NWC be headed by a chief national water commissioner and should have full time commissioners representing hydrology, hydrogeology, hydrometeorology, river ecology, ecological economics, agronomy (with focus on soil and water) and participatory resource planning and management.

An integrated approach to solve the country’s water crisis is much needed. Despite investments in increasing the agricultural potential through irrigation, vast tracts of our land are still rainfed due to the absence of tertiary infrastructure providing water to farms. Participatory approach to water management that has been successfully tried all over the world, as also in Madhya Pradesh, Gujarat and Andhra Pradesh, needs to be adopted. Groundwater and surface water must also be viewed in an integrated, holistic manner.

The recent water crises in the face of droughts in 2014 and 2015 and growing concerns with groundwater contamination have provided a fresh trigger towards reorganization of CWC. The recommendations are futuristic and have potential to restructure water resource agencies in India. The recommendation should be implemented after building consensus with all stakeholders within the framework of cooperative federalism.