A new ranking of states by the NITI Aayog, based on their performance in reforming agriculture marketing, land leasing and forestry on private land, has set the record straight on states’ eagerness to transform the farm sector.

According to the ‘Agricultural Marketing and Farmer Friendly Reforms Index’, a score of 0 implies no reforms while a score of 100 means complete reforms. The index is aimed at helping the States identify and address problems in the farm sector, which suffer from low growth, low farm income and agrarian distress.

The observance of Vigilance Awareness Week, 2016 has commenced across Indian Railways with a Pledge taking ceremony by Officers and staff.

It is the apex vigilance institution. It was created via executive resolution (based on the recommendations of Santhanam committee) in 1964 but was conferred with statutory status in 2003.

Registrar General of India has released Census 2011 data on Disabled Population in the age-group 5-19 by their Attendance Status in Educational Institutions and type of Disability.

The Department of Industrial Policy and Promotion (DIPP), Ministry of Commerce and Industry, in partnership with the World Bank Group, has released results of the Assessment of State Implementation of Business Reforms 2015-16.

The 340 reform areas are broadly under categories including construction permit, environmental and labour registration, obtaining electricity connection, online tax-return filing, inspection reform, access to information and transparency, single window, land availability and commercial dispute resolution. The exercise is aimed at promoting competition among states with a view to improve business climate to attract domestic as well as foreign investments. 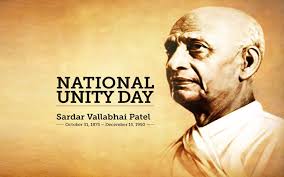