Insights into Editorial: Towards a global regime on drones

The stage appears to be set to control the sale and misuse of drones in warfare, with the US recently moving a declaration in this regard. The US, along with 40 other states, has issued a declaration outlining the principles which govern the export and use of armed drones to ensure they do not cause instability or help terrorism and organized crime. The declaration has set the stage for a meeting next year to hammer out the details. 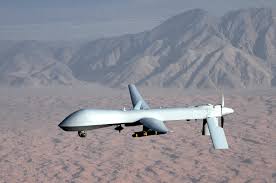 What the declaration is all about?

The declaration, named the “Export and Subsequent Use of Armed or Strike-Enabled Unmanned Aerial Vehicles (UAVs)”, recognizes that misuse of armed or strike-enabled drones “could fuel conflict and instability and facilitate terrorism and organized crime” and therefore “the international community must take appropriate transparency measures to ensure responsible export and subsequent use”.

The declaration also tries to strike a balance between global good and national interest by noting that such concerns shouldn’t be seen as undermining a state’s “legitimate interest” to produce, export or acquire such systems, thereby trying.

It lays out five key principles for international norms, including:

The declaration has not been signed by countries such as France, Russia, Brazil and China. This makes it certain that next year’s meeting will find it very difficult to achieve a consensus which will be needed to set up a global regime.

Also, critics have complained that while the intent behind the declaration might be laudable, it doesn’t go far enough as the standards in the joint declaration are lower than those that the US maintains for its own exports and there is little incentive for countries to strive for higher standards.

Why this is happening now?

Over the past three years, there has been a real rise in the proliferation of drones by Israel, the US and in particular by China.  Iraq, Nigeria, and apparently Egypt have all gone on to launch drone strikes over the past two years utilising armed drones bought from China.

Advantages and disadvantages of using drones:

From the perspective of their users, they have six major advantages over more conventional weapons: they are often cheaper; their use can be more readily concealed; they allow for more precise targeting, with the potential for less “collateral damage”; their use can involve less serious infringements of sovereignty than invasion by troops; and they may be less likely to provoke widespread hostile reactions by the population of the country in which they are used than military operations involving troops on the ground.

But these advantages generate three major risks: of violating sovereignty, of over-using the military option, and of making it more difficult to identify violations of constraints against targeting noncombatants.

Use of drones in India:

Given the complex security challenges that India faces, the role of UAVs in providing critical intelligence will be a key enabler not only in fighting wars effectively but also in deterring cross-border terrorist attacks. Unlike in the past, as a global regime on drones is put in place, India’s voice should be a determining one, not one that is marginal and out there in the wilderness. New Delhi should be engaging with other like-minded countries to come up with its own principles to guide the emerging global order on drones and their use.

The declaration’s requirement of accounting for the recipient country’s “history of adherence” also raises questions as to the nature of its compliance mechanism. While the statement calls for “voluntary” transparency measures, India should be concerned that reporting requirements are not intrusive or seek end-user monitoring.

Before endorsing arms control declarations, New Delhi’s negotiating lines should be first shaped by domestic conversations on the use and impact of new technologies in warfare. The setting of international standards for armed UAVs has both strategic and commercial dimensions, in that it may strengthen the supply chains and competitive advantage of some drone manufacturers over others.

Although a number of countries are working individually or jointly to develop an advanced drone industry, currently the US, Israel and China are the market leaders.  While China is unlikely to be involved in this new US-led initiative, US officials apparently believe that they can persuade Israel to join.  Israel has never even confirmed that it operates armed drones, so Israeli officials often refuse to talk on the record about the issue but early reports indicate a great deal of scepticism and alarm from Israel about the initiative.

Israel and China however will not be the only nations suspicious of any drone control initiative led by US, fearing that it is simply about the US promoting its own commercial and political interests.  Campaigners and the human rights community too will need convincing that such an initiative is a genuine attempt to curb proliferation and use beyond the bounds of international law.

Much like other global regimes, Washington has once again set the ball rolling in trying to define the parameters of the new frontier in drone technology. The US is hoping to set the rules for using this technology and to influence the behaviour of other states. The declaration comes at a time when it has been assessed that the drone market outside the US is likely to grow, annually, from $1.08 billion in 2015 to $1.98 billion by 2021.

But these are still early days as important actors like China, Russia and India are yet to concede to these new rules. At a time when India is seriously looking at expanding the use of drones in its military strategy, and when its negotiations with the US to buy 22 Predator Guardian drones are at an advanced stage, serious thought needs to be given in New Delhi on what role it wants to play in the emerging regime to manage the use and export of drones.

However, despite genuine suspicions, the seeming acceptance of the need for an international control regime on the proliferation and use of armed drones is to be welcomed.  Armed drones are a real and genuine danger to international peace and security. While there is a long, long way to go and many – if not most – will need to be convinced, that this is the right process, failure will also play into the hands of those who argue that there should not and cannot be such controls.