The Supreme Court has widened the scope of the Domestic Violence Act.

What changes have been made?

Why the court ordered deletion of the words “adult male” from the statute book?

According to the court, these words violated right to equality under the Constitution and are discriminatory. Also, the court observed that the microscopic difference between male and female, adult and non adult, regard being had to the object sought to be achieved by the 2005 Act, is neither real or substantial, nor does it have any rational relation to the object of the legislation.

The ruling came on an appeal filed against a judgment of the Bombay High Court in 2014 that had read down the Act to hold that complaints could be filed against the women too. The top court, however, set aside this judgment on the ground that the provision could not be read down.

The domestic violence act came into force in 2005 to protect women from physical, sexual, verbal, emotional and economic abuse at home. Under the act, an offender can be prevented from selling his house or businesses or both to ensure the victim is not left to fend for herself. 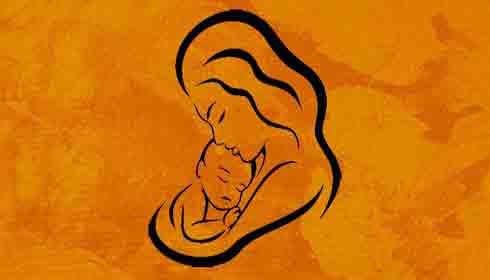 The study was conducted using data from two rounds of the India Human Development Survey (IHDS) — conducted in 2004-05 and 2011-12. The IHDS data serves two advantages in this case.

High incidence of maternal mortality continue to plague India. As per the latest Lancet series on maternal health, India accounted for 15% of the total maternal deaths in the world in 2015 — second only to Nigeria — with 45,000 women dying during pregnancy or childbirth.

Janani Suraksha Yojana (JSY) is a safe motherhood intervention under the National Rural Health Mission (NHM). It is being implemented with the objective of reducing maternal and neonatal mortality by promoting institutional delivery among poor pregnant women. The scheme is under implementation in all states and Union Territories (UTs), with a special focus on Low Performing States (LPS). Janani Suraksha Yojana was launched in April 2005 by modifying the National Maternity Benefit Scheme (NMBS).

At present, most of the global business disputes involving Indians land in the Singapore or the London arbitration centres. The total outflow of funds to resolve such cases, complete with logistics and other related expenditure, works out to around $ 5 billion, sources said. A centre in India can significantly bring down this cost.

A plenary session of the International Monetary and Finance Committee (IMFC) on “IMF Institutional Issues” was recently held in Washington.

The Contingent Reserve Arrangement or CRA was declared operational, after being signed more than a year ago, in 2015.

The BRICS CRA proposes to provide short-term liquidity support to the members through currency swaps to help mitigating BOP crisis situation, in case such a situation arises.