The Supreme Court has barred 25 State cricket associations from using BCCI funds till they accept the Justice Lodha Committee’s reforms in “letter and spirit.” The state associations are yet to get the balance payment of their share from nearly Rs. 2,500 crore the BCCI received towards compensation on account of termination of the Champions League T20 tournament.

The court has directed that the pending Rs. 16.73 crore and any future funds would be released only after the State associations passed resolutions undertaking to comply with the reforms. This has to be followed by filing affidavits declaring their compliance before both the Lodha panel and the Supreme Court. Also, 13 State associations, which have already received Rs. 16.73 crore, can only use the money after passing resolutions to implement the Lodha Committee reforms.

The committee headed by justice (retd) RM Lodha was appointed by the apex court last year in the wake of a sport-fixing scandal in IPL, the biggest crisis to hit the cash-rich sports body in the country.

The centre has informed the Supreme Court that it is opposed to the Muslim practice of triple talaq. It has also described this practice as “misplaced in a secular country.”

The constitution allows Muslims, the biggest religious minority group in the country, to regulate matters such as marriage, divorce and inheritance through their own civil code. The Supreme Court has been examining how much it can interfere in Muslim laws governing family-related issues as it hears a plea to end the practice which permits Muslim men to divorce their wives by saying talaq three times.

The court had asked the government to weigh in on the debate as to whether intervening in the law would violate the Muslim community’s fundamental rights.

What has the centre said?

The centre says “gender equality and the dignity of women are not negotiable” and told judges that “even theocratic states have undergone reforms in this area of law” which reinforces that these practices cannot be considered an integral part of practice of Islam.

Women’s rights activists have long called for reform of the Muslim personal law which they say discriminates against women. What they want instead is a well-defined law that criminalises polygamy, unilateral divorce and child marriage.

Campaigners say the “triple talaq” practice is unconstitutional because it violates the right to equality.

According to the top decision-making body for Muslims in India, the All India Muslim Personal Law Board, the court cannot interfere in the religious freedom of minorities and “rewrite personal laws in the name of social reform”.

The Supreme Court has stayed the commercial release of the Genetically Modified (GM) mustard crop for 10 days and has asked the Centre to take public opinion on such seeds before releasing them for cultivation.

Mustard is one of India’s most important winter crops which is sown between mid-October and late November.

The GM mustard in question—DMH-11—has been developed by the Centre for Genetic Manipulation of Crop Plants of Delhi University. If it gets the green light from the environment ministry’s GEAC, it will be the first GM food crop to be commercially cultivated in India. Right now, only GM cotton is allowed. GEAC is the environment ministry’s regulator for GMOs and transgenic products.

Maharashtra becomes 17th State to join UDAY: an overall net benefit of Rs. 9725 crores to accrue to the State

Government of India has signed a Memorandum of Understanding (MOU) with Government of Maharashtra and Maharashtra State Electricity Distribution Co. Ltd. (MSEDCL) under the Ujwal DISCOM Assurance Yojana (UDAY).

The UDAY scheme is aimed at bringing ailing power distribution companies (discoms) to a state of operational efficiency, with state governments taking over up to 75% of their respective discoms’ debt and issuing sovereign bonds to pay back the lenders.

UDAY envisages a permanent resolution of past as well as potential future issues of the sector The scheme seeks to achieve this through several simultaneous steps including reducing the interest burden on the discoms by allowing the states to take over the bulk of their debt, reducing the cost of power, and increasing the operational efficiencies of the discoms by providing capital and infrastructure like coal linkages.

Colombian President Juan Manuel Santos has won the Nobel Peace Prize for his efforts in bringing to an end to 52 years of conflict with the Revolutionary Armed Forces of Colombia (FARC). 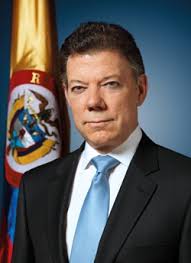