The Union Cabinet has given its approval for the signing of MoU between India and European Union in the field of water resources. 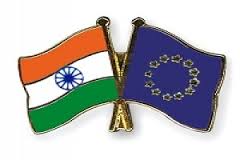 The Ministry of Water Resources, River Development and Ganga Rejuvenation has been envisaging bilateral cooperation with other countries in water resources development and management through sharing of policy and technical expertise, conducting of training courses, workshops, scientific and technical symposia, exchange of experts and study tours.

Memorandum of Understanding with AARDO

The Union Cabinet has given its approval to the signing of a Memorandum of Understanding (MoU) between India and the African Asian Rural Development Organization (AARDO) for capacity building programmes in the field of rural development.

The AARDO, which has its headquarters in New Delhi, is an autonomous, inter-Governmental organization established in 1962 with the objective of promoting cooperation among the countries of the African – Asian Region in the direction of eradicating thirst, hunger, illiteracy, disease and poverty in the region. AARDO currently has 31 countries of the African – Asian Region under its fold.

India is one of the Founder Members of the Organization and is the largest contributor in terms of membership contribution of US$ 141,100 apart from contributing by way of providing 70 fully paid training scholarships for Human Resource Development Programme under the Indian Technical & Economic Cooperation Programme (ITEC) to the Organization.

Cabinet approves amendments to the HIV and AIDS (Prevention and Control) Bill, 2014

The Union Cabinet has approved the amendments to the HIV and AIDS (Prevention and Control) Bill, 2014. This comes after the NDA government in July revived the bill to look into its flaws.

Key provisions in the bill:

The provisions of the Bill seek to address HIV-related discrimination, strengthen the existing programme by bringing in legal accountability and establish formal mechanisms for inquiring into complaints and redressing grievances.

There are approximately 21 lakh persons estimated to be living with HIV in India and the percentage of patients receiving antiretroviral therapy (ART) treatment currently stands at a mere 25.82% as against the global percentage of 41%, according to the 2015 Global Burden of Diseases (GBD).

According to a World Bank research, automation threatens 69% of the jobs in India, while 77% in China.

Highlights of the research:

Developing countries are going to lose many jobs due to technological development. Therefore, it is necessary to understand what paths to economic growth will be available for these countries and then adapt our approach to infrastructure accordingly.

The United Nations’ highest court has rejected nuclear disarmament cases filed by the Pacific nation of the Marshall Islands against Britain, India and Pakistan, saying it did not have jurisdiction.

The International Court of Justice ruled that the Marshall Islands had failed to prove that a legal dispute over disarmament existed between it and the three nuclear powers before the case was filed in 2014, and that “consequently the court lacks jurisdiction.”

The Marshall Islands had sued India, Pakistan and Britain, and had sought to persuade the UN’s highest court to take up a lawsuit, accusing the countries of failing to halt the nuclear arms race.

In March 2014 the Marshall Islands marked 60 years since the devastating hydrogen bomb test at Bikini Atoll that laid waste on the island and exposed thousands in the surrounding area to radioactive fallout. The 15-megatonne test on 1 March, 1954 was part of the intense cold war nuclear arms race and 1,000 times more powerful than the atomic bomb dropped on Hiroshima.

Nobel Prize in Chemistry goes to builders of molecular machines

The Nobel Prize in Chemistry for 2016 has been awarded to Jean-Pierre Sauvage, Sir J. Fraser Stoddart and Bernard L. Feringa for developing molecular machines.

What are Molecular Machines?

Molecular machines are single-molecules that behave much like the machines people encounter every day: They have controllable movements and can perform a task with the input of energy.

Examples include a tiny elevator that goes up and down with changes in pH and a super-small motor that spins in one direction when exposed to light and heat.