The Tiger Squadron of the Indian Air Force (IAF) has successfully fired the recently acquired BVR (Beyond Visual Range) air-to-air MICA missile on a target from an upgraded Mirage-2000 aircraft.

India purchased 450 MICAs from European missile major MBDA as part of the Mirage 2000 upgrade deal from France in 2012 for $1.23 billion.

The MICA will be mounted on the 36 Rafale combat jets that India is purchasing from France.

The Department of Science & Technology (DST), Government of India, under the BRICS framework, is hosting 1st BRICS Young Scientists Conclave.

Significance of this meeting:

This BRICS Young Scientists Conclave assumes importance as it is taking place during India’s chairmanship of BRICS in 2016 under a focal theme of ‘Building, Responsive, Inclusive and Collective Solutions’.

The Centre has clarified that it is not considering any proposal to withdraw the ‘Most Favoured Nation’ (MFN) status accorded to Pakistan.

The MFN status was accorded in 1996 as per India’s commitments as a member of the World Trade Organisation (WTO).

What is MFN principle?

According to the MFN principle of the WTO’s General Agreement on Tariffs and Trade (GATT) — to which India is a signatory/contracting party — each of the WTO member countries should “treat all the other members equally as ‘most-favoured’ trading partners.”

According to the WTO, though the term ‘MFN’ “suggests special treatment, it actually means non-discrimination.”

Why is this in news?

In the wake of the deadly attack on Indian soldiers in Uri, an incident for which India is holding Pakistan responsible, there have been calls in India for tough action against its neighbour, including the revocation of the MFN status.

Can India do it?

International trade experts said India could consider making use of a ‘security exception’ clause in the GATT to deny the MFN status to Pakistan or bring in certain trade restrictions.

This is because Article 21(b)(iii) of GATT states that “Nothing in this Agreement shall be construed to prevent any contracting party (including India in this case) from taking any action which it considers necessary for the protection of its essential security interests taken in time of war or other emergency in international relations.”

Pakistan, a founding member of the WTO like India, is yet to grant the MFN tag to India (and Israel).

If India revokes the MFN status it would only have a symbolic impact on Pakistan. On the other hand it would hit India’s exports to Pakistan if there are retaliatory actions and it could also result in India losing goodwill in the South Asian region (where it enjoys a trade surplus and is a party to a free trade pact called SAFTA, which also includes Pakistan). The move may also not go down well at the WTO-level.

According to a report in epw, regional disparity has been growing over the years in India. The study evaluates the governance performance of 19 major States.

What the report says?

Five of the six best-performing States in 2001 — Gujarat, Tamil Nadu, Andhra Pradesh, Kerala and Punjab — continue to be the top performers in 2011. Four of the six worst-performing States in 2001 — Odisha, Jharkhand, Uttar Pradesh and Bihar — remained at the bottom in 2011. This led the researchers to conclude that “development clusters” — combinations of quality service delivery and high per capita income — are emerging among the more developed States in the south and west of the country, leaving behind the less-developed States, especially in the eastern region.

How was it measured?

While there are various approaches to evaluating performance of the State governments, the researchers use “output” — the quality of service delivery — as a measure of governance quality. 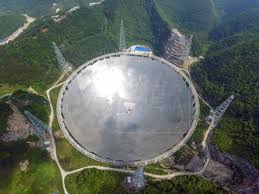