A seven-member expert committee headed by T.V.S.N Prasad, Joint Secretary, Ministry of Home Affairs (MHA) that was constituted to look into the alternatives to pellet guns has been submitted to the Home Secretary.

Suggestions made by the committee:

More than 400 people have been injured in J&K due to pellet guns to control the violence which erupted after Hizbul Mujahideen commander Burhan Wani was killed in an encounter on July 8. The government is facing severe criticism for using the pellet guns and several political parties have asked for its complete withdrawal. Now, direct election of local body chiefs to be scrapped

A Bill has been introduced in the TN Assembly to empower councillors to elect the chairpersons in all local bodies in the State.

Why go for indirect election?

It was recently brought to the notice of the government that in certain circumstances, the chairmen do not get the cooperation of councillors and vice-versa and thereby, there have been impediments in the proceedings of councils and to arrive at consensus in passing resolutions to provide civic services to the public.

Hence, in order to have uniform election procedures in all the urban local bodies in the State, the government has proposed to elect the Chairman of the Municipalities and Town Panchayats indirectly by the councillors or members from among themselves, as the case may be.

The Department of Administrative Reforms has announced the institution of the Prime Minister’s Annual Award for Excellence in Public Administration to honour “extraordinary and innovative work” done by districts and the organisations of the Central and State governments in implementing the priority programmes of the Government of India.

The awards for priority programmes will be based on the pre-determined parameters, and the awards for innovations will be based on an innovative idea/scheme/project to meet stakeholders’ requirements, bringing perceptible improvements in the systems and building institutions, making public delivery systems responsive, transparent and efficient, especially by leveraging technology.

A screening committee, to be chaired by an officer of the rank of Additional Secretary, will short-list districts/organisations, examining the applications in consultation with the nodal Ministry/Department, along with officers of the rank of Joint Secretaries and experts from the NITI Aayog.

The Union government is working on the issue of introducing “totaliser machines” for mixing of votes from various booth for counting, as recommended by the Election Commission. The Supreme Court, while hearing a writ petition recently, had given the government eight weeks’ time to take a final decision. 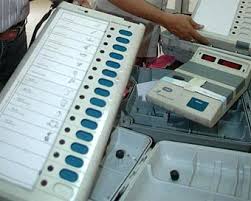 The machine is expected to prevent disclosure of voting patterns across polling stations during counting, which will allay the fears of voters against any pre-poll intimidation or post-poll victimisation by any candidate. It enhances voter secrecy.

Prior to the introduction of EVMs, ballot papers could be mixed, wherever it was considered absolutely necessary under the Conduct of Election Rules in light of apprehended intimidation and victimisation of electors. However, EVMs do not permit this.