The CEO was envisaged to undertake concurrent evaluation of Rural Development programmes in conjunction with Independent Evaluation Office (IEO) of the erstwhile Planning Commission.

The proposal for a concurrent evaluation office (CEO) was approved by the Union cabinet in 2013.

Government has approved the revised cost estimate of Rs 3,727.30 crore for the National Automotive Testing and R&D Infrastructure Project (NATRIP).

National Automotive Testing and R&D Infrastructure Project (NATRiP), the largest and one of the most significant initiatives in Automotive sector so far, represents a unique joining of hands between the Government of India, a number of State Governments and Indian Automotive Industry to create a state of the art Testing, Validation and R&D infrastructure in the country.

The Project aims at creating core global competencies in Automotive sector in India and facilitate seamless integration of Indian Automotive industry with the world as also to position the country prominently on the global automotive map.

Lok Sabha has approved an amendment to the Lokpal Act to allow extension to 50 lakh central government employees and NGOs receiving government funds in the deadline for filing asset declaration beyond July 31.

As per the rules notified under the Lokpal and Lokayuktas Act 2013, every public servant shall file declaration, information and annual returns pertaining to his assets and liabilities as well as for his spouse and dependent children on March 31 every year or on or before July 31 of that year.

Earth has bid a final farewell to robot lab Philae, severing communications after a year-long silence from the pioneering probe hurtling through space on a comet. 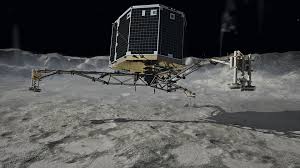 Philae ’s mission was to land successfully on the surface of a comet, attach itself, and transmit data from the surface about the comet’s composition. It is a robotic European Space Agency lander.

Seeking to check black money, Lok Sabha has passed a comprehensive Benami Transactions Amendment Bill, with Finance Minister Arun Jaitley assuring that genuine religious trusts will be kept out of the purview of the legislation.

Significance of the Bill:

The bill was tabled in May last year but was subsequently referred to Parliament’s standing committee on finance. The committee submitted its report in the budget session this year and recommended a host of small changes including providing more time to allow property holders to furnish information, a time-bound process for initiating investigation and for filing appeals.