Paper 3 Topic: Security challenges and their management in border areas.

The Meghalaya High Court has asked the Centre to consider enforcing AFSPA in the militancy-hit Garo Hills region in Manipur.

The court has also made it clear that deployment of armed forces would be only for the purpose of enabling the civil authorities in the state to deal with the situation effectively so that there is a regime of rule of law.

There is a rise in number of militancy incidents in the state, especially in the garo hills region, including abduction of government officials and threats to judges. Even the police and civil authorities have not been able to control the incidents of kidnapping for ransom and killings. The native population is totally exposed to militancy. Hence, AFSPA appears necessary.

Who declares an area as disturbed?

The choice of declaring any area as ‘disturbed’ vests both with state and central government.

The government can declare AFSPA in the following conditions:

In an area declared, “disturbed” an army officer is legally free to carry out following operations:

The finance ministry is streamlining safe harbour rules and advance agreements, two mechanisms to determine the price of services rendered by a multinational to its subsidiary in India.

What are safe harbour rules?

There is also a huge backlog in advance pricing agreements (APAs) in India. India has the highest incidence of transfer pricing litigation worldwide. The number of cases scrutinised has quadrupled from 1,061 in 2005-06 to 4,290 in 2014-15.

To address the above issues, the centre is bringing in reforms. The steps will involve lowering the margins in safe harbour rules and definitions will be reworked to remove ambiguities. The move would also simplify the tax regime, reduce litigation and help improve the business environment, a finance ministry official said.

An APA is essentially a contract between a taxpayer and the tax authorities that sets out beforehand the method for determining transfer pricing pertaining to transactions between a subsidiary and its foreign parent.

The 2015 Global Financial Secrecy index was recently released. It was compiled by the Tax Justice Network (TJN).

Why India’s rank has improved?

The ranking takes into account the processes put in place to bring transparency and reduce the secrecy around financial dealings. 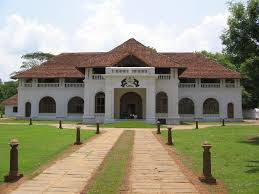