A German green economist has said that nuclear energy is not viable. He says, India will do better if it invests in solar and in wind power than in nuclear energy.

Why he says so?

He cites the following reasons:

Paper 3 Topic: e-technology in the aid of farmers.

To fasten payment of crop insurance claims to farmers, the Centre has launched a pilot programme Kisan, which will use satellite and drone-based imaging and other geospatial technology to get timely and accurate data on crop yields.

Why it was necessary?

Currently, the crop insurance claim is calculated on the basis of crop cutting experiments. However, there has always been a problem in getting timely and accurate data, due to which payment of claims to farmers were getting delayed and the government is concerned over the delays in settlements. To address this issue Kisan programme is being launched on pilot basis.

Initially, the pilot study will be carried out in rice and cotton fields in four districts. The programme will be scaled up across the country after assessing the results.

Paper 3 Topic: e-technology in the aid of farmers.

The centre has launched an Android-based app for collection of data of hailstorm. This gives access to large-scale damage to standing crops.

The app allows the farmers to immediately send photos of their crop damage to officials concerned for immediate relief. This will cut the red tape in reaching assistance to farmers 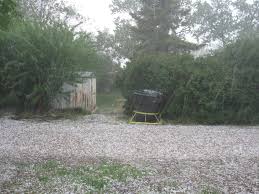 Hailstorms cause large scale damage to standing crops. However, at present, there is no comprehensive approach to collect hailstorm data.

Germany has expressed its inability to sign the Mutual Legal Assistance Treaty (MLAT) with India, citing its provision for “death penalty” for heinous crimes and terror activities.

Mutual legal assistance: When evidence or other forms of legal assistance, such as witness statements or the service of documents, are needed from a foreign sovereign, states may attempt to cooperate informally through their respective police agencies or, alternatively, resort to what is typically referred to as requests for ‘mutual legal assistance’.

Abolition of death penalty in India:

The Law Commission of India has already recommended for abolition of death penalty except in terror-related cases. However, the Home Ministry is believed to be against it maintaining that time was not ripe yet to remove it completely from the statute book keeping in mind the threat from terrorism.

Three scientists from the US, Japan and China have won the Nobel Prize in medicine for discovering drugs to fight malaria and other tropical diseases that affect hundreds of millions of people every year.

The three scientists are:

These discoveries have provided humankind with powerful new means to combat these debilitating diseases that affect hundreds of millions of people annually.

River blindness is an eye and skin disease that ultimately leads to blindness. About 90% of the disease occurs in Africa, according to the World Health Organization. Lymphatic filariasis can lead to swelling of the limbs and genitals, called elephantiasis, and it’s primarily a threat in Africa and Asia. The WHO says 120 million people are infected with the disease, without about 40 million disfigured and incapacitated. Malaria is a mosquito-borne disease that still kills around 500,000 people a year, mostly in Africa, despite efforts to control it. Nobel Prize in Physiology or Medicine:

Road Safety Bill will give govt power to order recall of vehicles: Gadkari

In the wake of the Volkswagen emissions scandal, Road Transport Minister Nitin Gadkari has underscored a clause in the pending Road Safety Bill that allows the government to direct a manufacturer to recall motor vehicles if a defect in that particular type of vehicle may cause harm to the driver or occupants or road users.

It is a Bill which aims to provide a framework for safer, faster, cost effective and inclusive movement of passengers and freight in the country thus enabling the mission of ‘Make in India’.

Why are some against this Bill?

The World Bank has revised the global poverty line, previously pegged at $1.25 a day to $1.90 a day (approximately Rs. 130). This was stated in its latest report ‘Ending Extreme Poverty, Sharing Prosperity: Progress and Policies’.

With the Sustainable Development Goals adopted in September, seeking to end all forms of poverty world over, the World Bank Group has set itself the target of bringing down the number of people living in extreme poverty to less than 3% of the world population by 2030.

Trade ministers from the Asia-Pacific region have reached a deal on the Pacific trade pact that is intended to cut trade barriers and establish common standards for 12 countries. This is the largest trade pact in 20 years.

About the Trans-Pacific Partnership: What the supporters say?

What the opponents say?

India has decided to set up a fast-track system for German companies in the Department of Industrial Policy and Promotion (DIPP), Ministry of Commerce and Industry. The wing will become fully operational by 2016. The exclusive special window for Germany will be the second since a similar wing was created for Japan after Prime Minister Narendra Modi’s visit to Japan in September 2014.