State to pump in big money for its own ‘smart cities’

Karnataka state government has decided to develop some cities in the state into smart cities on the model of the cities nominated under the Centre’s Smart Cities Mission by utilising its own funds.

The Smart City mission is the government’s big push for urban renewal in 100 Indian cities and towns. The main aim of the Smart city mission is to achieve inclusive growth.

The prime objective is to enhance the quality of urban life by addressing deficiencies in core infrastructure required for better living in our context.

Govt. to use LPS to win over landowners

Barely three weeks after issuing a notification to acquire nearly 14,500 acres of private land for the Machilipatnam deep sea port and other port-based industries, the Andhra State Government is now saying it will use the Land Pooling System (LPS) option.

What is land pooling system?

Under land pooling systems, landowners voluntarily sign ownership rights over to a single agency or government body. This agency develops the land by building roads and laying sewage lines and electricity connections. Once this is done, it returns a smaller portion of the land to the original owners. But since the plot now has more amenities, its price has probably risen to match the market value of the owners’ original landholding.

How land pooling is different from land acquisition?

Land pooling differs from land acquisition in significant ways. In pooling, land, not money, is the primary medium of exchange. When acquiring land, the authorities sometimes have to compensate owners with up to four times the value of their plots. But instead of paying four times the market rate of their land, authorities often pay them four times the registered value. This amount is usually significantly lower and does not factor in inflation over the years. This makes it difficult to obtain the consent of the majority of plot owners. As a result, land is often acquired by force.

There are several benefits to land pooling, as seen from the perspective of the state.

Biometrics a must for Schengen visa

In a couple of months, travellers headed to Schengen countries in Europe will have to enter their biometric data while applying for the Schengen visa. The National Sample Survey Office has released data from its 2011-12 round on education and vocational training.

What the data say?

Prime Minister Narendra Modi, in July this year, launched his pet project Skill India Campaign on the occasion of the first ever World Youth Skills Day which included the launch of the National Skill Development Mission and unveiling of the new National Policy for Skill Development and Entrepreneurship 2015.

The National Skill Development Mission aims to provide a strong institutional framework at the Centre and States for implementation of skilling activities in the country.

While there is a strong focus on skilling in the new government, there is still little clarity about how to achieve it.

Significance of the skill india campaign:

MOM’s one year in space

The indian Mars Orbiter Mission (MOM) has completed one year in space. Initially, it was intended to last six months, but it has outperformed. The MOM, India’s first interplanetary mission, was launched by Polar Satellite Launch Vehicle (PSLV). The Mission is primarily technological mission considering the critical mission operations and stringent requirements on propulsion and other bus systems of spacecraft.

Various studies have shown that the Indian Purple Frog ( Nasikabatrachus sahyadrensis ) is facing a direct threat to its existence from tribespeople who consume the tadpoles of the species on a large scale. 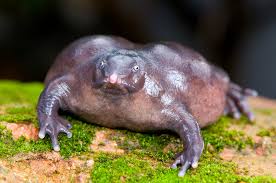