It is a green fodder compacted in airtight conditions to be used as substitute for green fodder during the lean period for livestock. 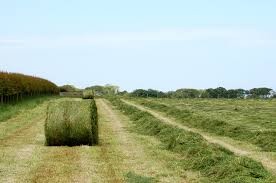 How is it prepared?

As per the latest method, cut green grass mass is stored in large sacks made from polythene. Once the bag is filled, the material is pressed to remove the air and thereby preventing decomposition. It is then fermented by adding diluted molasses and preserved for 60 days at appropriate moisture levels.

Hence, the state government has planned to demonstrate its potential to farmers through public forums.

The Union government has unveiled a list of 98 cities with Uttar Pradesh taking the largest share of developing 13 smart cities followed by Tamil Nadu, which qualified to develop 12.

How these cities were selected?

The Smart City mission is viewed as the government’s big push for urban renewal in almost 100 Indian cities and towns.

Do we really need smart cities?

The concept of smart city is not without challenges. Some of the Major challenges are:

The Law Commission of India has recommended that early child care, including crèche and day care facilities, be made a legal entitlement. Currently, only elementary education – for children in the 6-to-14 age-group – is a legal entitlement under the Right to Education.

The Law Commission has also said that despite several recommendations, the welfare of under-six children – which constitutes 16% of the population – remains “locked in Part IV of the Constitution’’ under the Directive Principles of State Policy.

Why Early Childhood care is required?

Article 45 of the Constitution reads that the State shall endeavour to provide early childhood care and education for all children until they complete the age of six years. It is a Directive Principle of State Policy and does not create any binding commitment on part of the State.

Region and religion both matter for better population indicators

According to the data from 2011 and 2001 decadal Censuses, in the more developed southern States all communities do better than in the more backward northern States. The data also suggest that for better population indicators, region and religion both matter.

Details of the data:

When the demographic transition is occurring, the better off communities first reduce their fertility, which is then followed by poorer communities. This is exactly what is happening in the above cases. In developed States, access to education and health becomes available to all.

India gets another eye in the sky

The Indian Space Research Organisation (ISRO) has successfully placed a GSAT-6 communication satellite in the intended orbit. The satellite will be eventually manoeuvred into the final geostationary orbit at 83 degree east longitude. It was launched on board GSLV D6. Why this launch is significant?

Human Resource Development (HRD) Ministry has asked all higher educational institutions (HEIs) to adopt backward villages in their vicinity, and apply their knowledge and expertise to improving the infrastructure in the grama panchayats under their watch.

This is being done primarily because no additional resources have been earmarked for the Unnat Bharat Abhiyan (UBA) project that seeks to “bring a transformational change in rural development processes by leveraging knowledge institutions to help build the architecture of an inclusive India.”

Who can take up this project?

The HRD Ministry said that this project could be taken up by every public funded institution and those that need approval of the University Grants Commission and the All India Council for Technical Education.

Tasks that can be taken up:

Some of the tasks that the Ministry would like higher educational institutions (HEIs) to take up include sanitation, drinking water supply, energy including renewable energy, agriculture an allied activities, irrigation, affordable housing, improving educational and health facilities, besides making panchayats IT-efficient.

No additional funding has been promised with the Ministry maintaining that the HEIs coordinate with the district administration, NGOs and gram panchayats to use the available funds under the Mahatma Gandhi National Rural Employment Guarantee Scheme (MGREGS) and the 14th Finance Commission more efficiently.